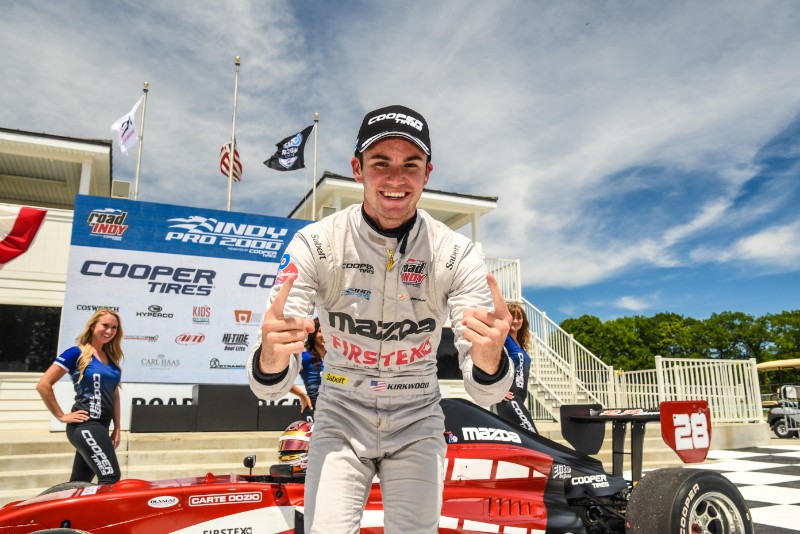 The 20-year-old, also a title-winner in Formula 3 Americas, USF2000 and United States Formula 4, drove for the Italian team in IP2000 this year.

RP Motorsport has missed four of the eight EF Open rounds held since the championship’s switch to becoming an open-engine formula, and it returns for its home round with two Spiess-powered cars.

Joining Kirkwood in the team is F3 debutant Lorenzo Ferrari, who usually races in Italian F4 and recently took his first podium there.

Drivex School is another team fielding a new driver, with Filip Kaminiarz joining Rui Andrade. Kaminiarz has been testing with the Spanish team throughout this year, but has not raced since contesting F4 United Arab Emirates in the winter.

Unlike on previous occasions where Drivex has run a second car this year, Kaminiarz will use a HWA engine rather than the Toyota-derived Piedrafita unit that used to populate the championship.

Fortec Motorsports plans to bring two cars to Monza, although only one is filled at present. Team regular Calan Williams will drive as expected, while the team is still looking for another driver to partner him.

Cameron Das was part of the team’s line-up for the first half of the season before switching to Motopark, with BRDC British F3 race-winner Manuel Maldonado taking his place for Silverstone and Barcelona but not contesting the races in the latter round due to feeling unwell.