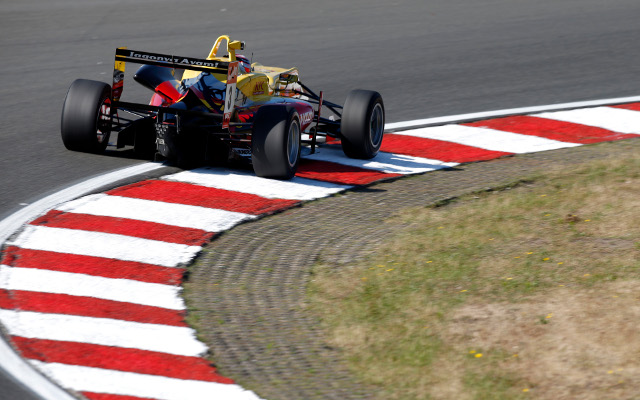 FIA F3 European Championship title contender Antonio Giovinazzi claimed his first pole position of the season in qualifying for the 19th race of the season at Zandvoort.

With a time of 1m29.897s, the Italian out-paced circuit favourite Felix Rosenqvist by just under a tenth of a second.

Markus Pommer, whose only previous Zandvoort experience was in his rookie season of single-seaters in Formula BMW in 2007, matched his season’s best qualifying result of third.

Jake Dennis took fourth place ahead of championship leader Charles Leclerc, who set the pace with his first flying lap but was dumped down to fifth place behind all three of his title rivals.

Pommer’s Motopark team-mate Nabil Jeffri showed his first practice speed was no fluke by taking sixth, a considerable improvement on his previous best of 15th from the opening race at Silverstone.