Andre Negrao back in FR3.5 with Draco for Le Mans 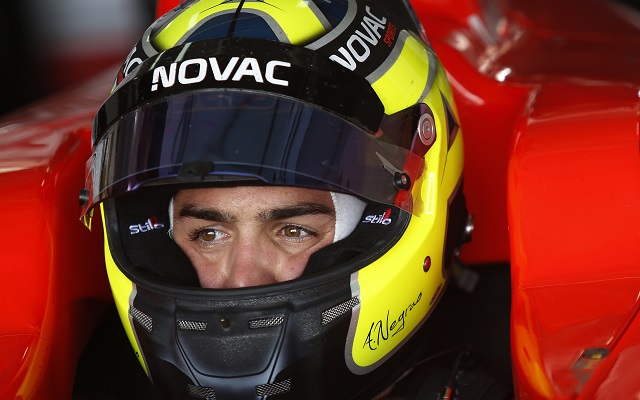 Andre Negrao is poised to return to Formula Renault 3.5 at Le Mans this weekend with the Draco team.

The Brazilian is the only driver for the team on the entry list for the French event, with regular drivers Pietro Fantin and Bruno Bonifacio absent as of Thursday.

Draco is owned by Guto Negrao, the father of Andre.

Negrao Jr raced for Draco in FR3.5 for three seasons between 2011 and 2013, finishing 10th in the standings in his final year.

He’s since competed in GP2 for Arden, and although he finished 12th in the championship in his rookie campaign, at present he is 21st having not scored since the opening round in Bahrain.

Fantin sits 10th in the FR3.5 standings having scored the team’s first podium of the year at Silverstone at the start of the month and led the last race at the Nurburgring. Rookie Bonifacio scored his only point of the campaign at Aragon in April.

ArtLine F3 car to debut at Nurburgring with Schlegelmilch