Home Featured Analysis: Sainz had to get the F1 chance he had earned
FeaturesFormula 1 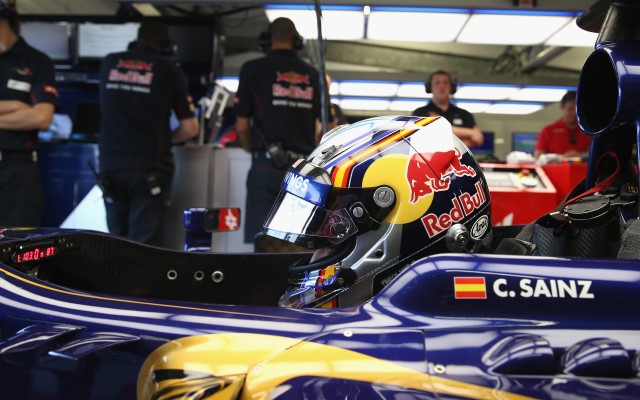 Cynics will mock the youthful Toro Rosso pairing in 2015 of a 17-year-old and a 20-year-old, but in the end, Red Bull had been left with very little choice.

By winning the Formula Renault 3.5 Series this year – the first Red Bull-backed driver to do so – Carlos Sainz had done all that was expected of him by those inside and out of the Red Bull setup.

It’s true that he could have perhaps done so in a more commanding fashion. There were a couple of blips along the way. But he did win seven races – a record for one season in the category.

FR3.5 is a strong enough series these days that if you win it, you can rightfully claim to deserve an F1 seat. That’s certainly true if you’re a Red Bull Junior. Daniel Ricciardo and Jean-Eric Vergne got their graduations by finishing as runners-up (the former delayed by half a year). Sainz had more than earned his chance.

By contrast, Max Verstappen does not need to be in Formula 1 next year. A step up to GP2 would have given him a suitable challenge and forced him to iron out some of the faults that he still has, totally forgivably for someone of such inexperience.

But by giving Verstappen an F1 seat already – no doubt so as to ensure they secured his signature over their rivals – Red Bull forced themselves to give Sainz the same chance, particularly once a vacancy was created by Sebastian Vettel departing the senior team for Ferrari. It would have been very cruel for Sainz to be overlooked because of a new recruit from further down the ladder when he had done everything that had been asked of him.

Saying that, Vergne could still have denied Sainz. He could have shown Red Bull that they simply couldn’t afford to ditch him. But while there some moments of brilliance from the Frenchman, he simply didn’t impress consistently enough. Not for a driver with three years of experience. Not if he wants a future with Red Bull.

He wasn’t far from Ricciardo last year, but he didn’t dominate the vastly less experienced Daniil Kvyat in the way that he should have done. Yes, he outscored him 22 to eight. But with the STR car proving to be so unreliable, often breaking when both drivers were in strong positions, and with the gulf in experience between the pair, the comparison was never going to be all about points hauls. While Vergne had his moments – his late charge to sixth in Singapore was just phenomenal – Kvyat was raising eyebrows far more regularly.

If Red Bull didn’t have a production line of impressive and successful young racers ready to step up, Vergne would have had stayed. If Toro Rosso was a normal team where points were the priority, his experience would have been invaluable. If Sainz hadn’t done his job, Vergne probably would have stayed. Vergne is good enough for Formula 1, but he wasn’t good enough to deny Sainz. 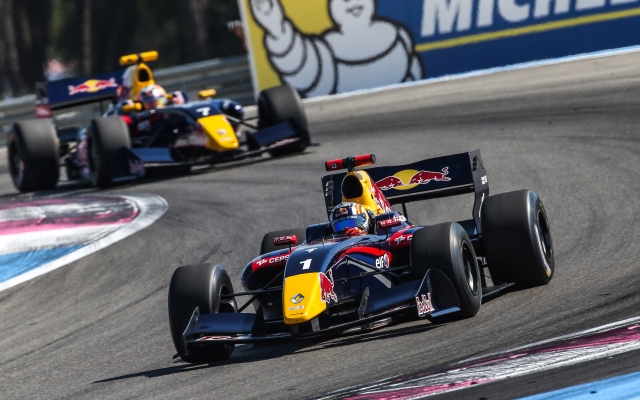 Now he’s got the chance he deserved, Sainz needs to take it and make sure he’s the next Kvyat, not the next Vergne.

His early successes in Formula BMW and Formula Renault 2.0 made him one of the most exciting prospects at the time, but he was progressing quicker than his teenage self could keep up with. In F3 he was magnificent on his day – particularly if it was wet (mastering slippery surfaces is in the genes) – but at other times he was awful. In GP3 it was even worse. He was overtaken and overshadowed by his long-time competitor and stable-mate Kvyat. His F1 dreams were slipping away.

Last winter, he regrouped, matured and the results were plain to see. On his day, he was absolutely dominant. There were other days that were difficult, but in the end, he did enough. When his lead shrunk with two rounds to go, he responded perfectly with a double victory to get one hand on the prize. He might still be young, but Sainz has been through the difficult days and shone on the other side.

In F1, he should be quick, from the off. Everything he’s ever jumped in, he’s been instantly rapid, be it F3, GP3, FR3.5, or his F1 debut at Silverstone last July. The challenge, as ever, will be turning that ability into results on a consistent basis.

One only needs to look at his predecessor as FR3.5 champion Kevin Magnussen to see that no matter how convincing your previous season, no matter how immediately quick you are, F1 is a completely different animal.