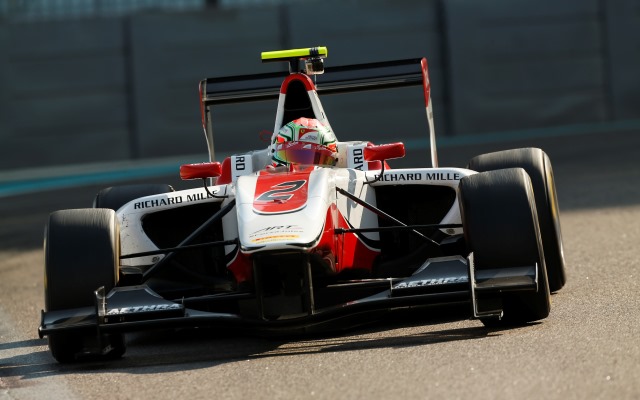 Ferrari protege Antonio Fuoco set the pace as the final day of GP3 testing got underway in Abu Dhabi.

After days with the Koiranen and Carlin squads, series newcomer Fuoco joined up with ART for Saturday’s running and promptly set the best time of the week so far.

The 18-year-old led a pair of 17-year-olds, with Alex Palou and Ralph Boschung separated by just 0.006s in second and third respectively. Euroformula Open star Palou has returned to Trident after spending Friday with ART, while ADAC Formel Masters champion Boschung continues with Jenzer.

Matt Parry was fourth fastest in his first session for Koiranen after testing for Status on the first two days. Mitch Gilbert has switched from Arden to ART, and beat the French squad’s third driver Alfonso Celis to P5.