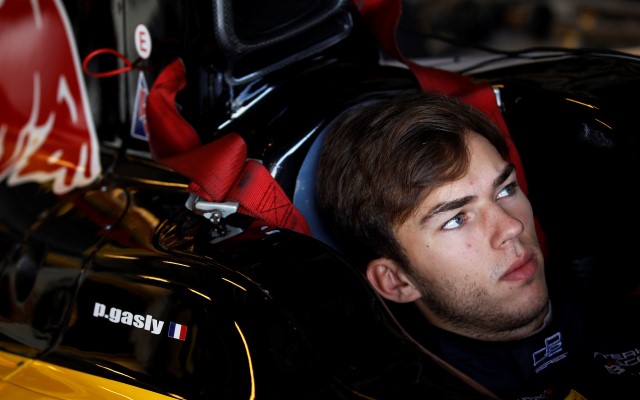 Pierre Gasly continues to be the man to beat on the final day of GP2 testing in Abu Dhabi.

After posting the best time on each of the previous two days, the Red Bull Junior set the pace again in the opening session on Saturday with a 1m49.346s.

DAMS were denied another one-two finish by Jordan King, who is driving for MP Motorsport after two days with Arden. He was half a second adrift of Gasly, but edged out Esteban Ocon for P2.

Rio Haryanto was fourth for Campos ahead of Raffaele Marciello, who has returned to Racing Engineering after driving for Status on Friday.

Rapax duo Sergey Sirotkin and Kevin Ceccon were sixth and seventh, and split by just six thousandths of a second.

GP3 champion Alex Lynn was eighth in his first running for ART ahead of Frenchmen Arthur Pic (Campos) and Norman Nato (Arden).