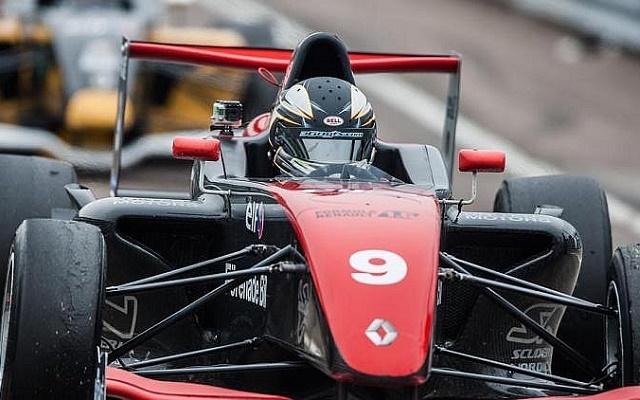 Swedish racer Oliver Soderstrom will remain in Formula Renault 1.6 for 2015, continuing his partnership with Scuderia Nordica.

Soderstrom, 16, will contest both the Formula Renault 1.6 NEC (now rebranded as the European Championship) and the STCC-supporting Nordic series.

The Swede, who came in second in the KF3 class of the 2012 Gunnar Nilsson Memorial, made his car debut with Scuderia Nordica in round three of the 2013 1.6 Nordic season at Falkenberg. He contested the rest of the rounds and finished part-time, while also running in three rounds of the NEC series.

In 2014, he ran in both 1.6 championships full-time. A wet-tyre gamble allowed Soderstrom to secure his first 1.6 win in the Nordic round at Parnu, and, with another further podium at Mantorp, he ended up eighth in the standings. In the NEC series, he managed a best finish of fourth at Spa and claimed seventh in the standings.

“The target for this upcoming season is to win both championships,” confirmed Soderstrom. “I’m with a very professional team so this is my goal this year.”

Scuderia Nordica has previously enjoyed two successful seasons in Formula Renault 1.6. In 2013, the team ran Martin Rump, who finished runner-up in both championships. This year, his compatriot Ralf Aron delivered another second place for the team in NEC.