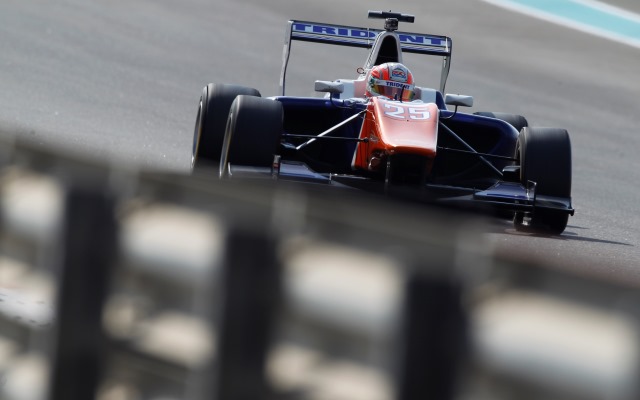 Luca Ghiotto topped the times in the final session of GP3 testing in Abu Dhabi.

The Italian competed full-time in Formula Renault 3.5 this year but also did two rounds of GP3 with Trident, claiming a shock pole at Spa, and returned to action with the team for the three-day test.

Morning pace-setter Antonio Fuoco improved his time but had to settle for second fastest for ART as the European F3 racer concluded his three-day taster of GP3.

Series regular Matheo Tuscher was third for Jenzer ahead of another F3 driver, Ed Jones of Carlin. Koiranen’s Jimmy Eriksson was fifth, while ADAC Formel Masters graduate Ralph Boschung kept up his impressive form with Jenzer with sixth.

Seb Morris and Raoul Hyman were both excluded from the results after their cars were found to be underweight.