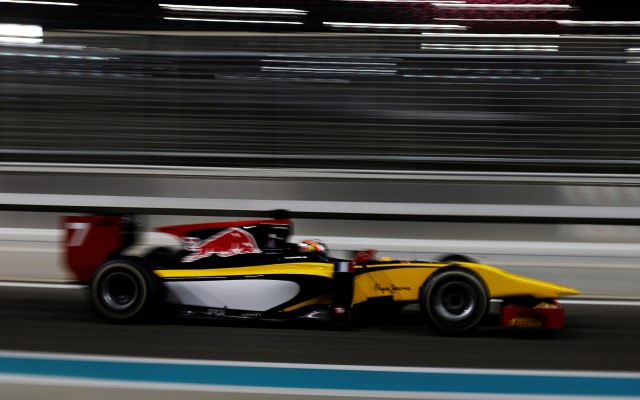 Pierre Gasly finished his second straight day of GP2 testing with DAMS at the top of the times, with fellow Frenchman and team-mate Esteban Ocon in P2.

Gasly posted the fastest time in the afternoon session, with his time of 1m48.663s bettering his Thursday effort by nearly three tenths of a second.

European F3 champion Ocon, who is expected to join FR3.5 runner-up Gasly in a French superteam at GP2’s top squad next year, was 0.385s adrift.

Sergey Sirotkin‘s first day in a GP2 car was cut short early in the second session when he crashed his Rapax machine at turn one.

On the final day of the testing on Saturday, GP3 champion Alex Lynn will move to ART in the usually Honda-backed #9 car and be replaced at Carlin by his former team-mate Emil Bernstorff. Raffaele Marciello will return to Racing Engineering and be joined by Mitch Evans, with Simon Trummer moving to Trident together with Luis Sa Silva.

Binder will take over from Bernstorff at Hilmer and?Pal Varhaug will return to GP2 with Status in place of Marciello. King will switch to MP Motorsport in place of De Jong, be replaced at Arden by Norman Nato, and Kimiya Sato will take the Frenchman’s seat at Russian Time.