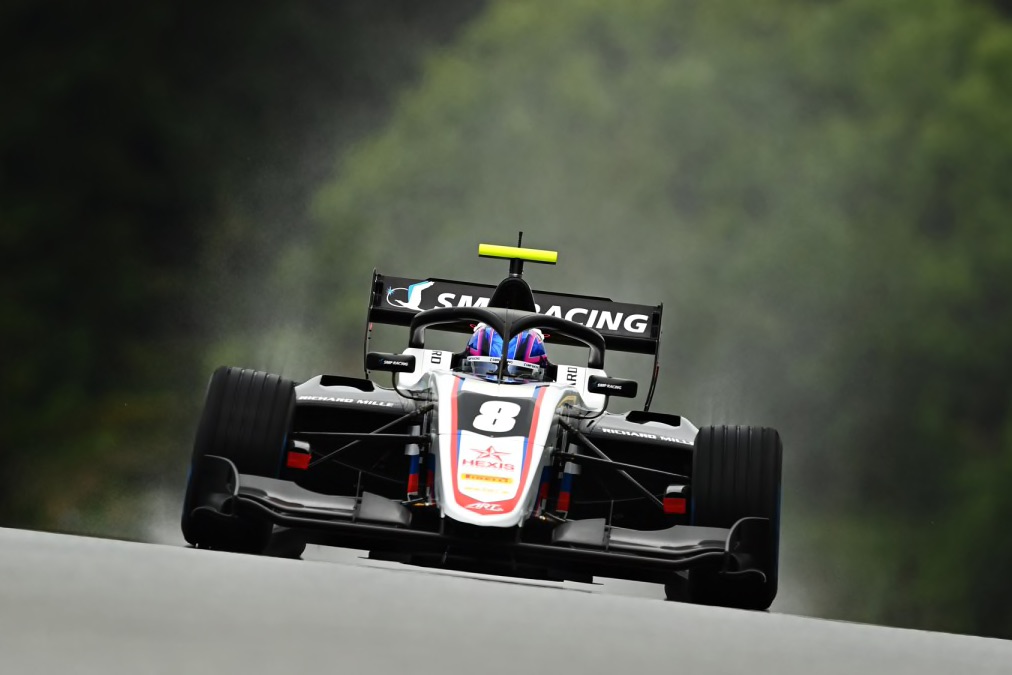 The session was originally due to take place after Formula 2’s free practice session, but got red flagged after just five minutes due to the wet conditions.

Though drier, conditions were still wet when cars took to the track again for the much later slot. The damp track appeared to catch out a few drivers and there were a number of spins, but running was only interrupted by brief yellow flags.

Smolyar swapped fastest times with early championship front runners Oscar Piastri, Logan Sargeant, and Liam Lawson through most of the session, though Piastri and Sargeant both fell foul to track limits in the closing stages of the race.

Sargeant couldn’t respond, settling for second ahead of Theo Pourchaire and Frederik Vesti.

A rapid lap from Calan Williams briefly put him second before others found improvements. The Jenzer Motorsport driver was on for another quick lap when a small mistake sent him wide on his final lap and he ended the session fifth. He will start the opening race alongside fellow Australian Piastri.

Despite the early pace, Hitech GP pair Liam Lawson and Max Fewtrell both missed out on a place in the top 10. They line up 11th and 13th respectively.