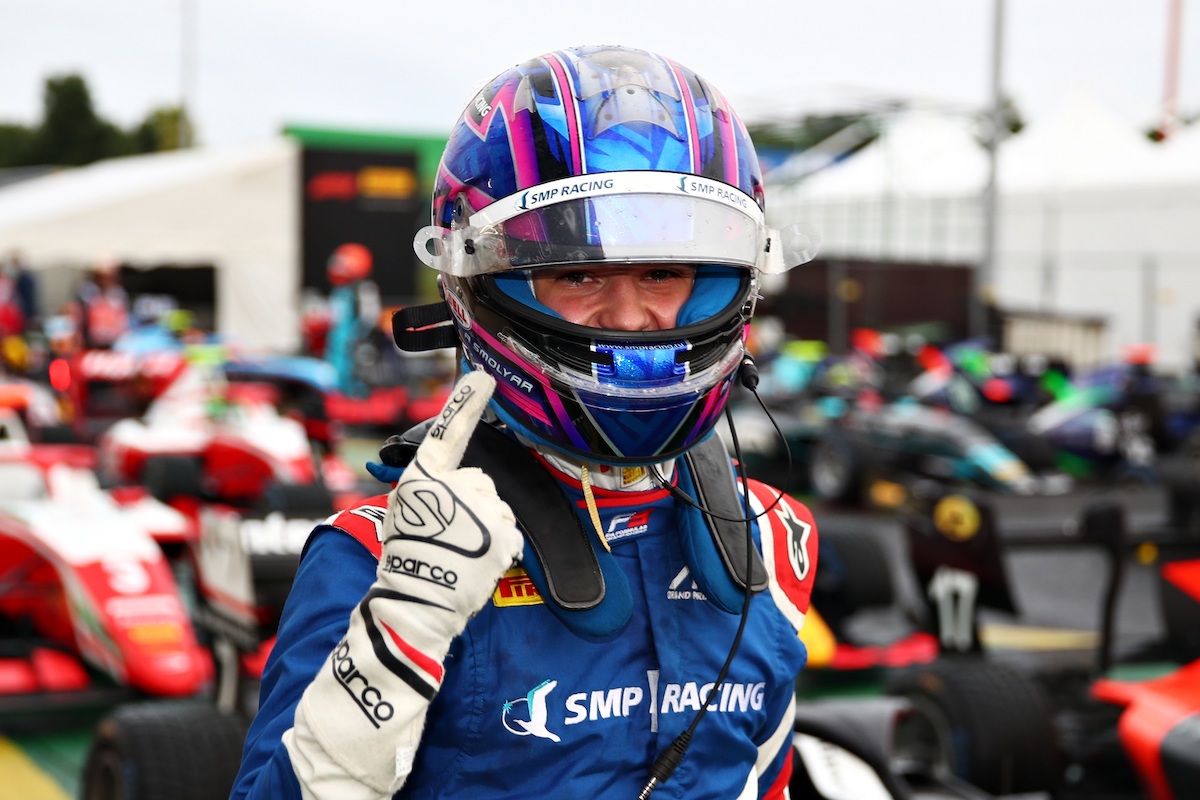 Alexander Smolyar says a loss of confidence in his wet-weather driving meant his “perfect” run to FIA Formula 3 Championship pole position at the Hungaroring was a surprise.

ART Grand Prix’s Smolyar took his maiden pole in the championship at just the third attempt, besting the efforts from Prema’s Logan Sargeant on the wet track.

The SMP Racing protege has shown particularly well in the rain in the past, both while winning races in Formula Renault last year as well as his FIA F3 test debut in the autumn.

However, he revealed that he encountered a loss of confidence in wet conditions following last weekend’s second Red Bull Ring round – which was heavily affected by rain in race one, which Smolyar retired from rafter an accident on lap three.

“I found some pace straight away which was quite surprising for me,” he said in the post-qualifying press conference..

“At the last round at the Red Bull Ring in race one, I didn’t end up doing really well so my confidence in the rain before the session was dropped a bit.

“But, in the end, after three laps I found some good pace and basically for me, if in the wet session you find the pace straight away, it’s a lower chance for the people to catch you back. So, for sure my first pole I’m really happy.

“[It was] a hard day to be honest. First of all, it was dry in the free practice and then we cancel the first qualifying attempt. And then to be honest with you, if it would be cancelled and would keep the results from FP, I think I was quite okay with that because before the session I was not really confident that I could fight because of the race before.

“But in the end yes, if you would tell me before the session that I would take pole I probably wouldn’t believe you but, in the end, we are here so I am happy.”

Looking ahead to the race, Smolyar admitted that ART’s form at the Hungaroring last year – when Christian Lundgaard led Max Fewtrell in a one-two for the team – gives him confidence.

“For sure, I needed to expect that we would have a good car,” he said.

“I think it doesn’t matter which condition, we have a good setup. Last year, in the race it looked even better than qualifying. So I hope we might have a good chance for the race tomorrow.”