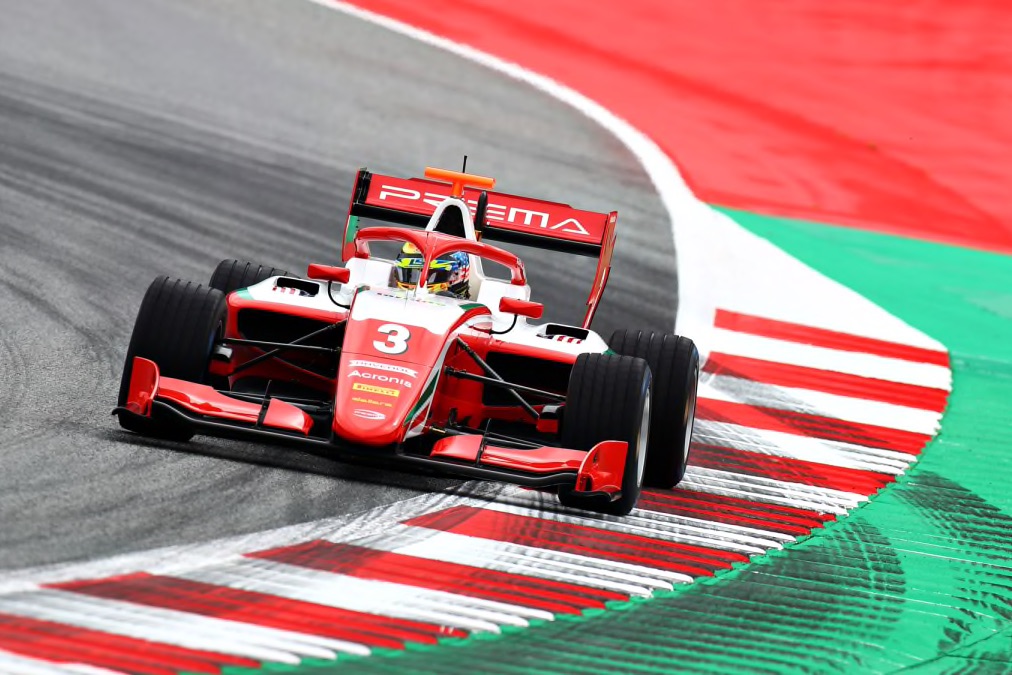 Prema’s Logan Sargeant was relieved after placing second in the FIA Formula 3 qualifying session at the Hungaroring, saying his heart rate was “around 200 beats per minute” following the session’s postponement.

After the original qualifying session was originally suspended due to adverse weather conditions, the times from the earlier free practice could have set the grid had there not been a slot to re-run the 30-minute session.

Prema – which leads the teams’ standings by more than double the points of second-placed Trident and dominates the drivers’ standings with its three drivers – languished down the order in the free practice session.

Sargeant was the highest-placed Prema driver in 23rd, while Frederik Vesti was 27th, one spot ahead of Oscar Piastri.

However, the qualifying session did eventually go ahead, to the delight of Sargeant.

“To be honest, after the cancellation of qualifying my heart-rate was around 200 beats per minute. In the end, I knew we needed a qualifying no matter,” he explained in the post-session press conference.

“We needed it badly and I was really relieved to hear it that it was going ahead, and I was extremely confident, to be honest.

“I’m always confident in the wet so I was happy.”

Sargeant also explained the reasoning behind the team’s apparent struggles in practice, and his thoughts around the deficit to maiden FIA F3 pole-sitter Alexander Smolyar.

“We were actually really quick this morning, it just didn’t work out for us, as we tried to save tyres,” he said.

“Onto qualifying, it was tricky out there to be honest – low grip, tough to put everything together and I think that was the difference in that last lap.

“I just couldn’t quite find that grip that Alex might have found. Anyway, as a whole, we’re getting closer to pole every round – fourth, third, second, so I’m happy. It’s a long run down to Turn 1 tomorrow so going to be looking to make some moves.”