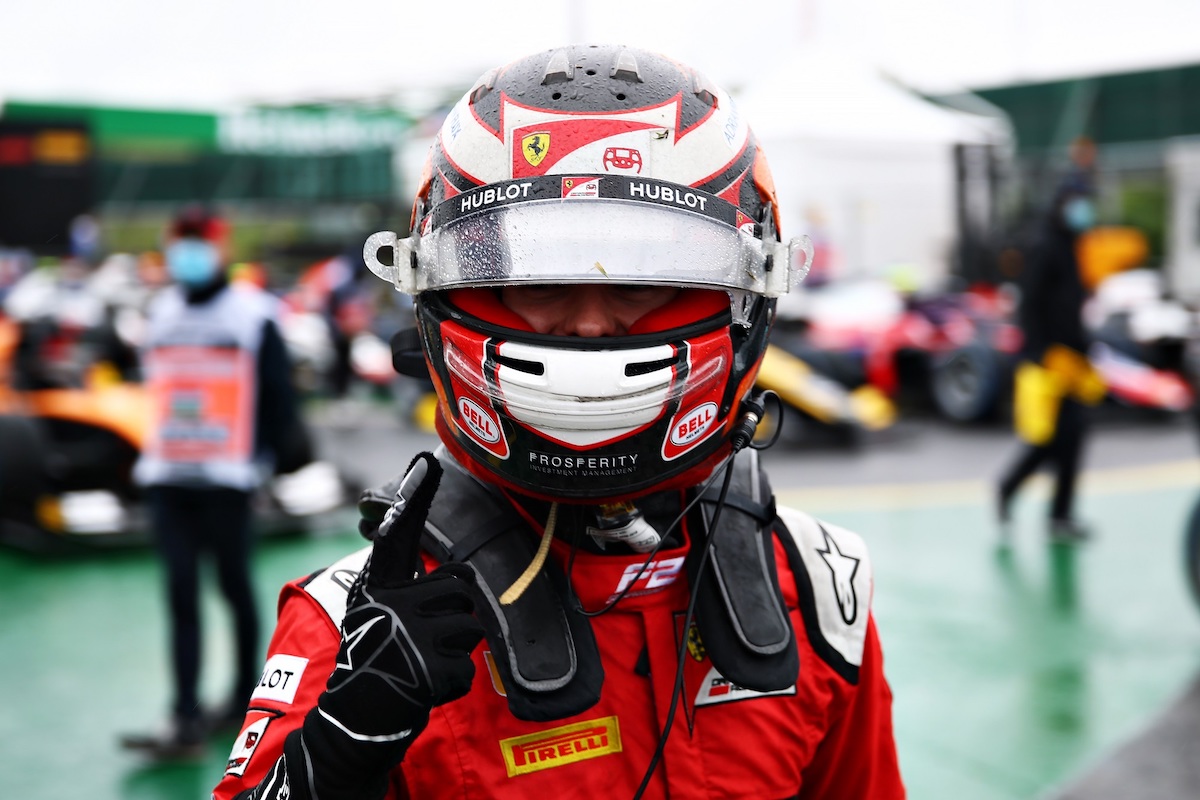 Callum Ilott claimed another wet-weather Formula 2 pole position in qualifying for round three of the 2020 championship at the Hungaroring.

The Ferrari junior driver leapt from 10th to first on the timing screens with a lively-looking lap with nine minutes remaining as he and Virtuosi Racing team-mate Guanyu Zhou stayed out on track while others headed to the pits.

Nobody managed to challenge Ilott’s 1m50.767s before the session was brought to an early halt with four minutes left after Jehan Daruvala slid off into the Turn 8 gravel trap.

That sealed Ilott’s second pole position so far in F2, the Briton having also topped the championship’s previous rain-hit qualifying session at Monza in 2019.

He denied a maiden pole for Hitech GP through the experienced Luca Ghiotto, who looked supreme for much of the session. Prior to the red flag, his chances of improving at the end had looked in jeopardy as his mechanics struggled to remove his rear-right wheel in the pits.

Seconds after Ilott went fastest, Renault junior driver Zhou moved up into third ahead of Dan Ticktum, who was the fastest rookie on a circuit where he claimed a wet pole position in Formula Renault Eurocup.

Mick Schumacher went quickest with 13 minutes remaining and ended up fifth ahead of Christian Lundgaard, who had described his ART car as feeling “really, really good” after lapping fastest mid-session.

Lundgaard’s team-mate Marcus Armstrong was next up in front of Jack Aitken, Sean Gelael and Giuliano Alesi.

After his wet-weather feature race win in Austria last weekend, championship leader Robert Shwartzman had to make do with 11th place.

F2 veteran Nobuharu Matsushita was already 21st, five seconds off the pace, when he looped his MP Motorsport car at the chicane shortly before Daruvala’s off.

Guilherme Samaia didn’t set a time, triggering a red flag when he found the Turn 4 gravel trap on his first flying lap.