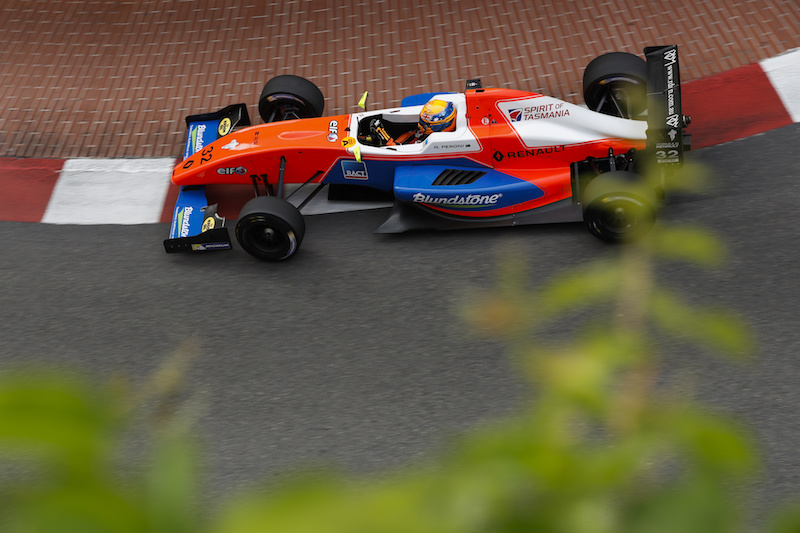 The MP Motorsport driver made a clean get-away from pole and immediately built a gap to the battle for second.

A faultless drive meant Charles Milesi and Victor Martins were unable to catch Peroni and he finished 4.3s ahead of the rest of the field to take his second Eurocup victory after his Pau win one year ago.

Martins spent the entire race on Milesi?s tail, but his team-mate never gave him a chance to make a move and the pair finished second and third to take R-ace GP?s fourth double podium of the season.

Ye Yifei enjoyed a quiet race to finish fourth, extending his lead at the top of the championship standings to 12 points ahead of Christian Lundgaard, who finished fifth.

The main battle of the race started in P6, with Max Defourny struggling to find a way past Neil Verhagen.

The pair clashed in consecutive corners at both Lower Mirabeau and Portier, damaging Defourny?s front wing, but the MP Motorsport driver managed to find a way through.

The damage to Defourney?s front wing put him at a disadvantage, though, and the Belgian became a moving roadblock.

Defourny dropped to ninth but put up a strong defence in the closing stages of the race to hold onto the position, finishing just ahead of Logan Sargeant.