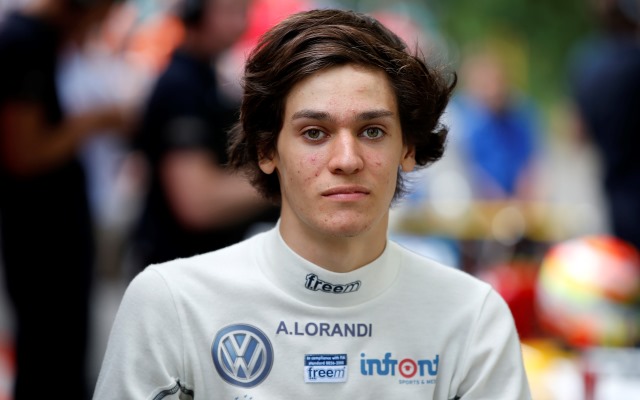 Alessio Lorandi has joined Carlin for his second season in the FIA Formula 3 European Championship.

The 17-year-old Italian stepped up to F3 from karting with Van Amersfoort Racing last year and finished 20th in the standings.

He took a best result of sixth at Pau, and finished seventh in the Macau Grand Prix at the end of the year before joining Carlin for post-season testing.

In switching from Van Amersfoort to Trevor Carlin’s team, Lorandi moves in the opposite direction to Callum Ilott, his fellow 2015 karting-to-F3 graduate.

“The chemistry with the staff has been excellent since the very first test and the work we did together proved extremely valuable,” said Lorandi.

“Trevor constantly showed how much he believes in my abilities and so it has been pretty easy to reach an agreement for the 2016 season.

“I could feel the excitement of the guys at Carlin and they are really motivated to go for a successful run this season?

Carlin commented: “We?re absolutely delighted that Alessio is joining the team.? In the small amount of testing we have completed with him, he?s shown himself to be a very talented and intelligent driver.

“Our engineers have been extremely impressed with his level of feedback and technical knowledge and already we have made some promising progress together.

“I have no doubt he will be a great asset to the team and we believe we have a great package to allow Alessio to reach his potential.?

Lorandi is the second driver to be confirmed with Carlin for the coming season, after Ryan Tveter re-signed for a second year. Raoul Hyman is among the contenders to fill the team’s other two seats after strong testing showings.