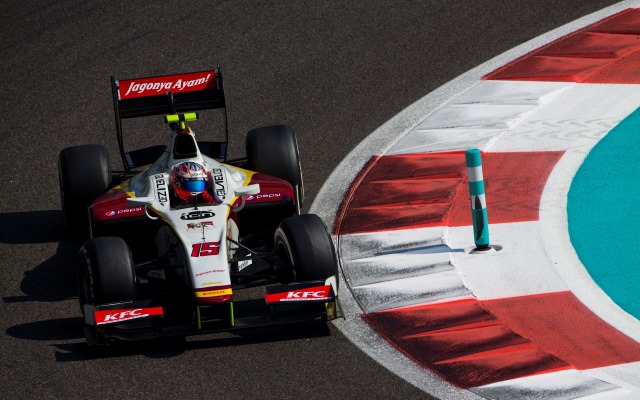 Multiple GP2 race-winner Mitch Evans will continue in the series for a fourth season in 2016 by joining Campos Racing as team-mate to Sean Gelael, it has been officially confirmed.

Evans, the 2012 GP3 champion, moves over to Campos after two years at Russian Time in which he claimed four victories and finished fourth and fifth respectively in the standings.

The 21-year-old New Zealander, a protege of Mark Webber, explored sportscar options in 2015 by racing for LMP2 team Jota and testing Porsche?s LMP1 car, but has been given the chance to continue in the Formula 1 support series for another year by Gelael and his backers.

Gelael joins Campos after it scored three wins in 2015 with his fellow Indonesian Rio Haryanto, who is bidding to compete in F1 in 2016 with Manor.

Gelael, 19, moves over from Carlin with which he raced in European Formula 3 in 2014 and then Formula Renault 3.5 last year, before also entering five GP2 rounds with the British outfit.

Evans and Gelael ran with Campos for the first time in the post-season test in Abu Dhabi at the start of December.

Yesterday it was announced that Evans would be replaced at Russian Time for the 2016 season by Raffaele Marciello.