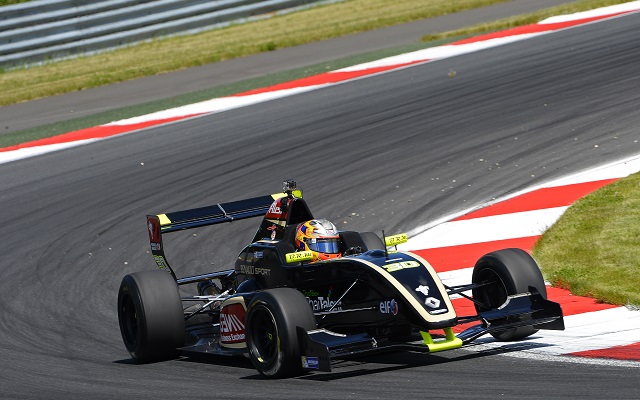 KTR driver Alexander Albon registered the quickest time of the morning on the final day of pre-season testing for Formula Renault 2.0 cars at Motorland.

Following an early red flag, brought out to recover the stricken AVF car of Roy Geerts from the gravel trap, it was day one pacesetter Kevin Jorg made his way to the top of the standings. Shortly thereafter, with an hour gone by on the timing, the Swiss racer would be deposed by Albon, who stayed at the front for the remainder of the session.

The Thai driver narrowly beat out Koiranen GP’s?Nyck de Vries in second, who also set his best lap early as drivers almost entirely ceased to improve in the latter stages of the run.