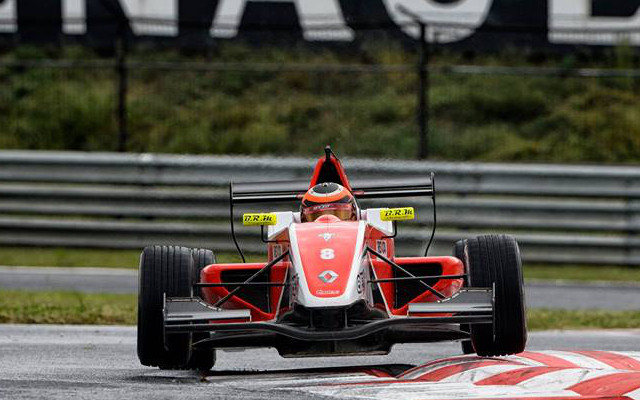 Jack Aitken converted his pole position to a victory in the second Eurocup Formula Renault 2.0 race of the weekend at the Hungaroring.

The Briton had a good start and started to pull away from Gustav Malja before a safety car, brought out by his team-mate Martin Rump getting his car beached on a kerb, took away all his lead.

At the restart Malja lost his second place to Charles Leclerc and Aitken was able to capitalize on that. However, the Monegasque karting graduate closed in on him for the final laps of the race but he wasn’t able to make a move, allowing Aitken to take the win.

Leclerc and Ignazio D’Agosto, who also passed Malja at the restart, completed the podium with the Swede having to settle with fourth.

The top ten was completed by Steijn Schothorst, while Kevin Jorg in eleventh also scored a point, thanks to Leclerc’s guest driver status.

With two more weekends to go, de Vries extended his championship lead to 46 points over Olsen with Pizzitola further 12 points behind.