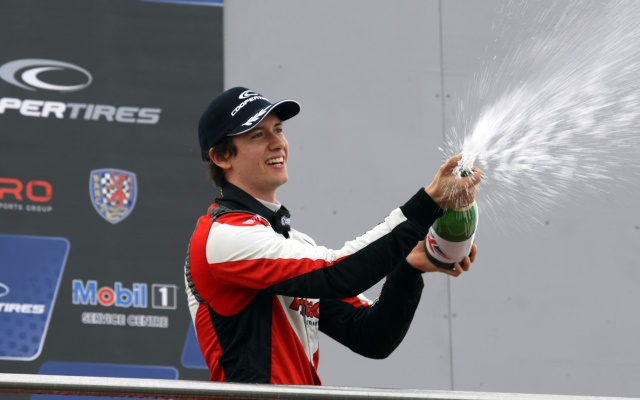 Matt Rao has taken the fight for the British F3 title down to the last race after a dominant victory over his rival Martin Cao in race two at Donington Park.

Starting second on the grid, Rao got into the lead on the opening lap, with Fortec team-mate Cao also following him past pole-sitter Camren Kaminsky.

Leading by 1.8 seconds after five laps, Rao then really began to put space between himself and Cao, opening up an advantage of nearly 18 seconds by the end of the 21-lap race.

With the fastest lap as well as the win, Rao cut the gap to Cao from 24 to 20 points. With 26 available in the season finale, Cao just has to finish to become champion and Rao needs to win and hope his rival fails to finish. Rao will start the race from pole after setting the fastest lap in qualifying.

Camren Kaminsky completed the podium in third just ahead of?Peter Li, while Max Marshall was forced to pit for a new front-right tyre after contact with his Double R team-mate Kaminsky. After returning to the track, Marshall took the fastest lap away from Rao at one point, but Rao fought back to ensure he claimed the bonus point.