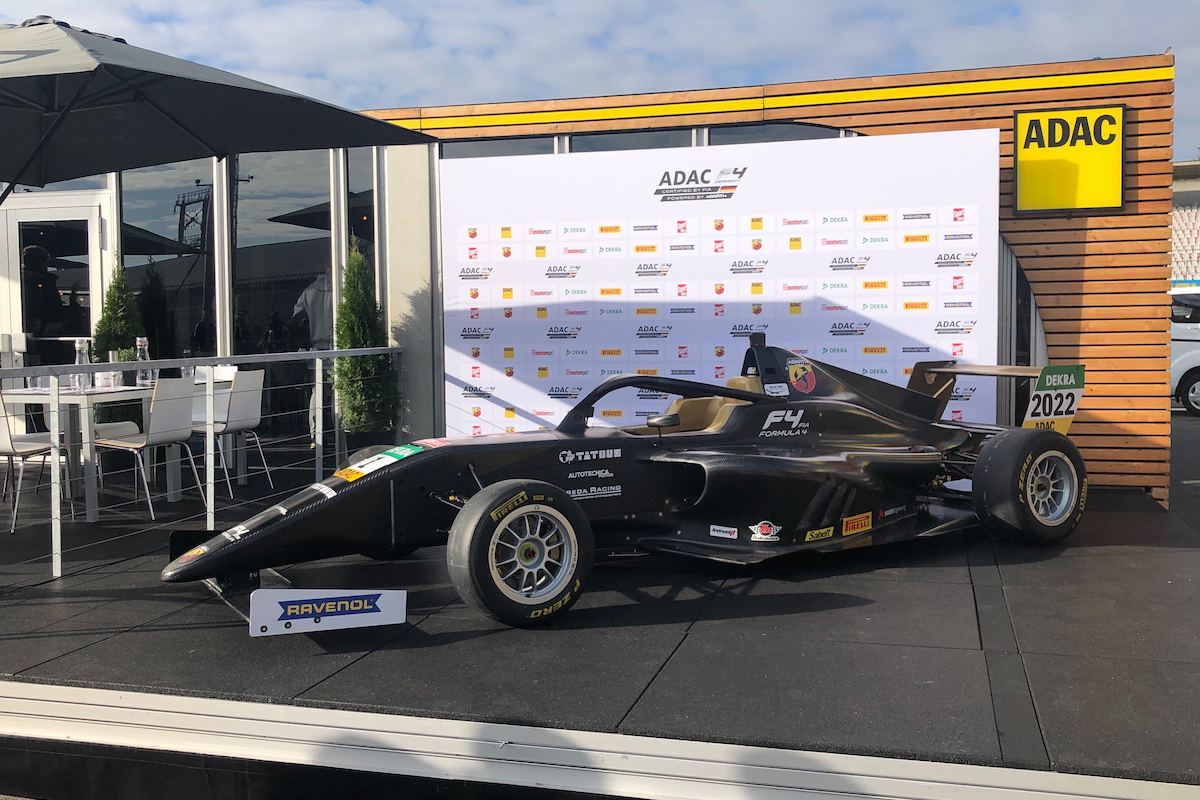 The ADAC Formula 4 championship will continue its cooperation with Tatuus chassis and the Abarth-badged Autotecnica engine, as well as tyre-supplier Pirelli, when it introduces the second-generation F4 car in 2022.

In adopting the halo-shod Tatuus T-421, ADAC F4 will remain in line with the Italian F4 championship which unveiled its new car two weeks ago in Mugello. In addition, the British, Spanish and UAE F4 championships have also previously announced their decisions to run the same chassis-engine configurations.

During its announcement at Hockenheim at the penultimate round of the 2021 season, Thomas Voss, Director of Motor Sport at the ADAC welcomed the continued cooperation with Tatuus, Autotecnica and Pirelli, stressing the importance of having reliable partners and the ability to manage costs.

Speaking to Formula Scout in the Hockenheim paddock, Giovanni Delfino, CEO of constructor Tatuus, explained that “this car is completely different compared to the Generation One of the F4 car in terms of safety, performance, the beauty of the car and in terms of quality and components.

“The FIA has increased the price of the car but we put all the quality we could into the car. The only parts we have retained from the current car are the rims and the front wing, as the FIA would not allow us to change it”.

The current ADAC F4 teams were uniformly positive in their assessment of the new car, seeing it as a major step forward both in terms of performance and safety.

R-ace GP’s team principal, Thibaut de Merindol was representative of the paddock’s reaction to the car: “The car looks very good. It’s a little Formula 3 original. You can see with the quality of the new F4 car that it’s a big step.”

The 1,370cc four-cylinder Abarth engine is also carried over from the generation one car but Autotecnica has increased the power output to180-185 hp, an increase of 20-25hp, through electronics and mapping changes. An increase of 30kg in the car’s weight, primarily due to the addition of the halo, keeps the power-to-weight ratio at a comparable level.

Delfino is clearly very proud of the latest machine from Tatuus: “It really is a small F1 car. It is subject to all the same FIA requirements in terms of numbers and loads as an F1 car”.

At the same time, however, the running costs of the second-generation car can be expected to increase by 20-30% over the current car, according to de Merindol.

The ADAC plans to release its 2022 calendar at the final round of the season at the Nurburgring on 6-7 November. It has confirmed that the F4 series will comprise seven rounds and will continue to support the ADAC GT Masters championship which has already presented its calendar for next year.

It remains unclear whether F4 will run at every round of the GT Masters as, according to Voss, there are ongoing discussions concerning the possibility of replacing one of the planned rounds with an “extra highlight”. In particular, teams, drivers and the ADAC itself would welcome an additional stand-alone race at a grand prix circuit.

As in 2021, the GT Masters calendar features rounds at the Red Bull Ring and Zandvoort as well as the traditional German circuits. One particular concern is over the timing of the season-ending Hockenheim round which takes place on the same weekend as the final Italian F4 round at Mugello on 21-23 October.