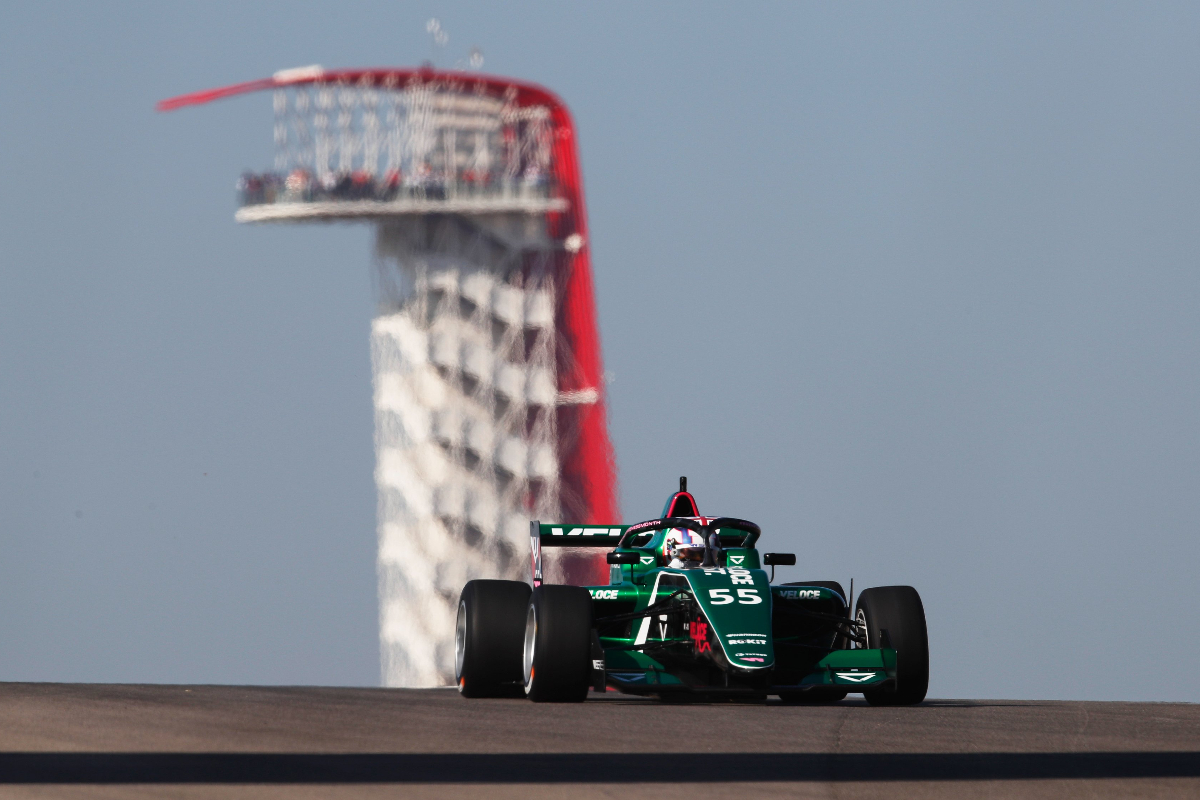 Jamie Chadwick was fastest in both practice sessions for the W Series double-header at Circuit of the Americas.

The reigning champion led Abbi Pulling and Beitske Visser in FP1 and FP2, with the latter session proving the faster for 12 of the 18 drivers.

Chadwick was late out of the pits in FP1, while most of the field headed out at once and first place was traded between six drivers before it settled with Pulling, and with Chadwick in second place.

Alice Powell, currently leading the standings, then briefly went ahead before Fabienne Wohlwend, Pulling and then Wohlwend again went quickest before Chadwick came around to complete her second lap.

That lap was deleted for track limits violations though, putting Wohlwend back ahead.

Chadwick responded by going four tenths of a second faster, and she sat in first place until halfway through the session when Powell went quickest – but had her lap deleted – and that promoted Jessica Hawkins to first place.

Top spot was returned to Chadwick before yellow flags were brought out for a Fabienne Wohlwend spin, and title outsider Emma Kimilainen then did the same moments later.

Chadwick was unbeaten through the rest of the session, with Pulling not taking too long to get past Hawkins into second. Visser though left it until the final second to go third fastest, with the pair just under three tenths back from Chadwick.

Hawkins was the early pacesetter in FP2, although would ultimately not improve on her FP1 time, and the driver who usurped her from first place – Wohwlend – also set her best lap of the day earlier on.

Chadwick took eight minutes before she got herself into first place, and that’s where she stayed through the first runs.

Visser took over at the top with just over 10 of the scheduled 30 minutes to go, but two minutes later Chadwick was back ahead and by almost six tenths of a second.

There was no response from Visser as yellow flags were then waved at turn one as Abbie Eaton spun and then stalled. Eventually it was decided to red flag the session with five minutes still to go, and just after Pulling had posted a lap good enough for second place.