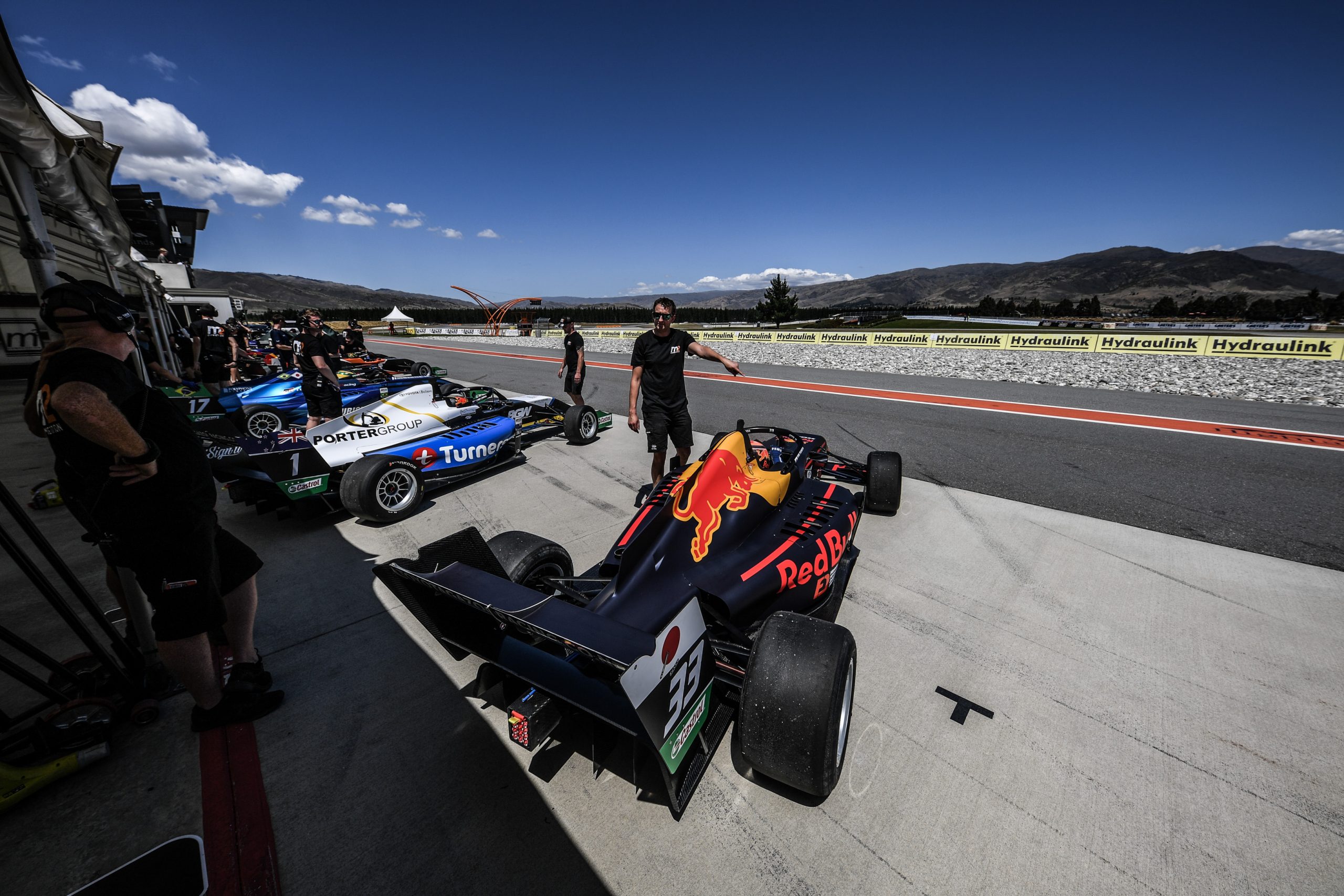 One year on from arguably the most exciting title fight of 2019, the Toyota Racing Series is back with a capacity 20-strong grid of stars.

In the time between seasons, TRS has switched to the Tatuus FT-60 chassis – essentially the same regional Formula 3 car used by Asian F3, Formula Regional European Championship, Formula Renault Eurocup and W Series. Hankook tyres bring it even closer into line with the latter two series. Toyota continues to produce the turbocharged engine, but its 2020 version will provide more power than its predecessor.

The season is once again compacted to five consecutive weekends, with three races per event, but this year it will offer its champion an increased 10 points towards a Formula 1 superlicence.

Lawson is unlikely to have it all his own way. Among his team-mates at the all-conquering M2 outfit is his fellow Red Bull junior Yuki Tsunoda as well as FRegional race-winner and Esports star Igor Fraga.

Formula Scout takes a look at drivers that are likely to be the main contenders for the 2020 TRS title. 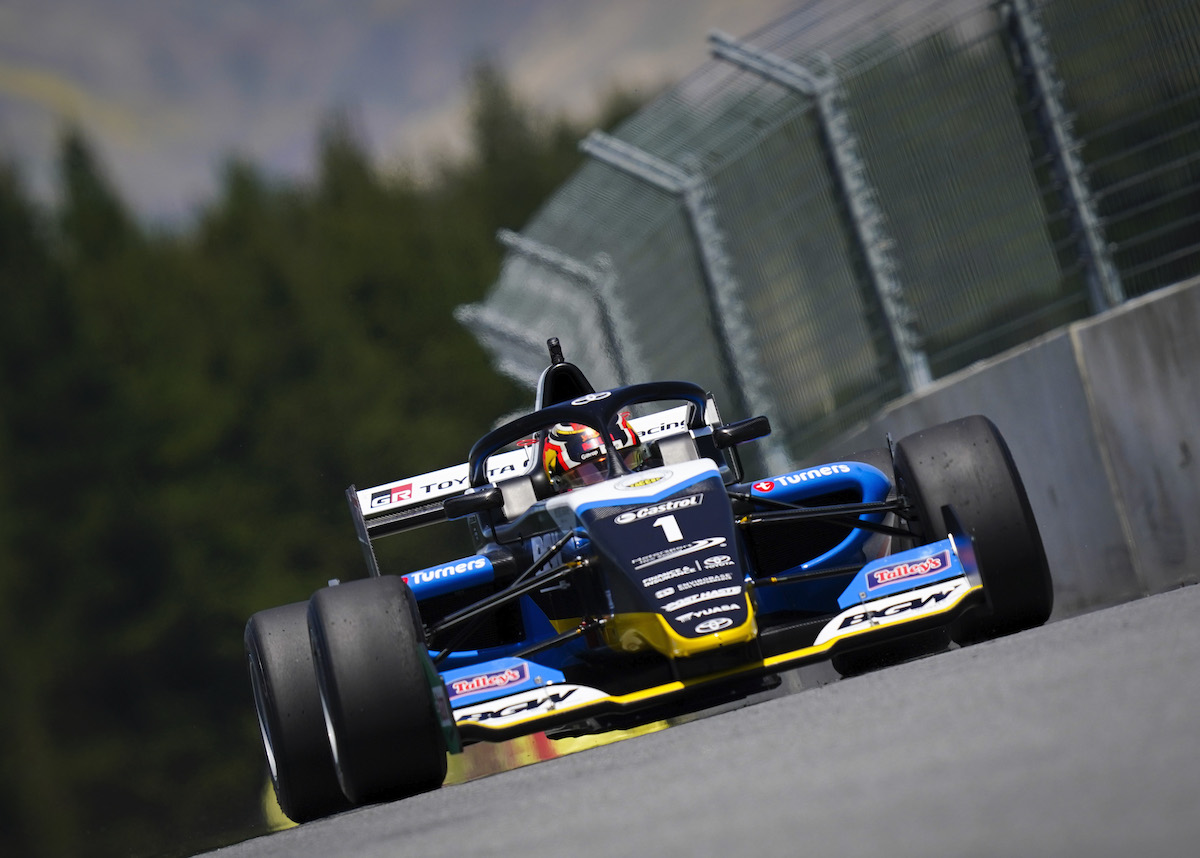 Lawson made his way into the Red Bull Junior Team with his stunning 2019 TRS title. It came after a breakthrough first year racing in Europe, where he finished as runner-up to Lirim Zendeli in ADAC Formula 4.

The Kiwi’s team-mates included the DTM’s Lucas Auer and Ferrari junior Marcus Armstrong, who’d both tasted TRS title defeat before. The NZ GP once again decided the title, and it was rookie Lawson who triumphed over countryman Armstrong.

It was the way Lawson was instantly able to adapt to TRS’s previous generation Tatuus FT-50 car and high level of competition that shocked his own team as well as the rest of the racing world – and most importantly of all Red Bull.

Unlike last year, Lawson will bear the weight of the title favourite tag as well as being M2’s only TRS-experienced driver. M2 won 14 of the 15 races last season – repeating that in 2020 will be challenging with a new car and rivals with bolstered line-ups on both the driving and engineering fronts.

Lawson struggled to replicate his TRS form when he made his Euroformula debut with Motopark. He was expected to effectively walk to the title and confirmed that expectation when he won two of the first three races.

However, he crashed with team-mates more than once, didn’t win again until September’s Barcelona round, and skipped two rounds for his clashing FIA F3 campaign with MP Motorsport. He finished runner-up, but 128 points away from the title.

The FIA F3 season was also a mixed bag. Lawson shined brightest at MP with two podiums, the latter a second place at Monza behind Tsunoda.

Ultimately, Lawson’s raw speed has never been in doubt, and coupled with his experience of the TRS circuits puts him as the firm favourite for the title. But as his 2019 Euroformula campaign showed, speed isn’t always enough.

The other raging Red Bull 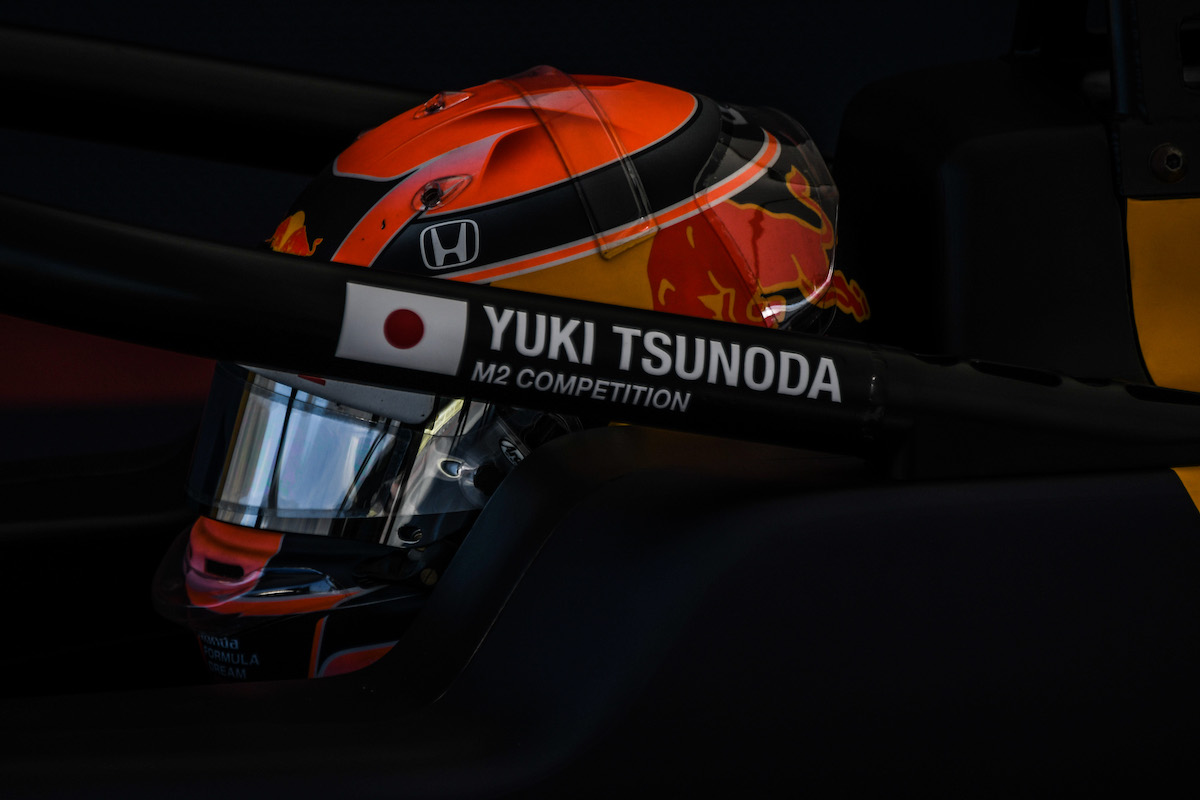 Few Honda juniors, or Japanese drivers in general, have made such an impact in their debut season racing in Europe than what Tsunoda – also backed by Red Bull – achieved in 2019.

He was frequently a match for Lawson in Euroformula and wasn’t afraid to get his elbows out when they battled wheel-to-wheel. It didn’t take long for him to come round to the ‘Motopark style’ either, which drivers have previously struggled with.

Lawson and Tsunoda did come to blows on track though multiple times. First at Paul Ricard, where Tsunoda recovered to sixth, very almost at Pau, then while battling for the lead at Spa-Francorchamps, which put both out of the race.

In FIA F3, he made a habit of charging through the field after disappointing qualifying sessions. His brightest moment came at Monza, where he took a race one podium from sixth on the grid and took his first win in mixed conditions on Sunday. To finish ninth in the points, straight from F4 and in the most competitive junior series, was an incredible achievement.

He’ll reunite with Lawson at M2 for what is set to be a thrilling head-to-head between two Red Bull juniors. Lawson is expected to stay in FIA F3, while Tsunoda moves up to Formula 2, meaning TRS will likely be their only battleground this year.

The 19-year-old’s compartmentalised approach to target setting should certainly help his transition into the series, and he benefits from not having a huge leap in car performance and downforce levels as he did going into 2019 or as he will in F2.

Tsunoda has zero experience of New Zealand’s circuits and stands at a great disadvantage to Lawson, but he’s shown on multiple occasions that he’s more than capable of overcoming his inexperience and is always ready to spring a surprise. 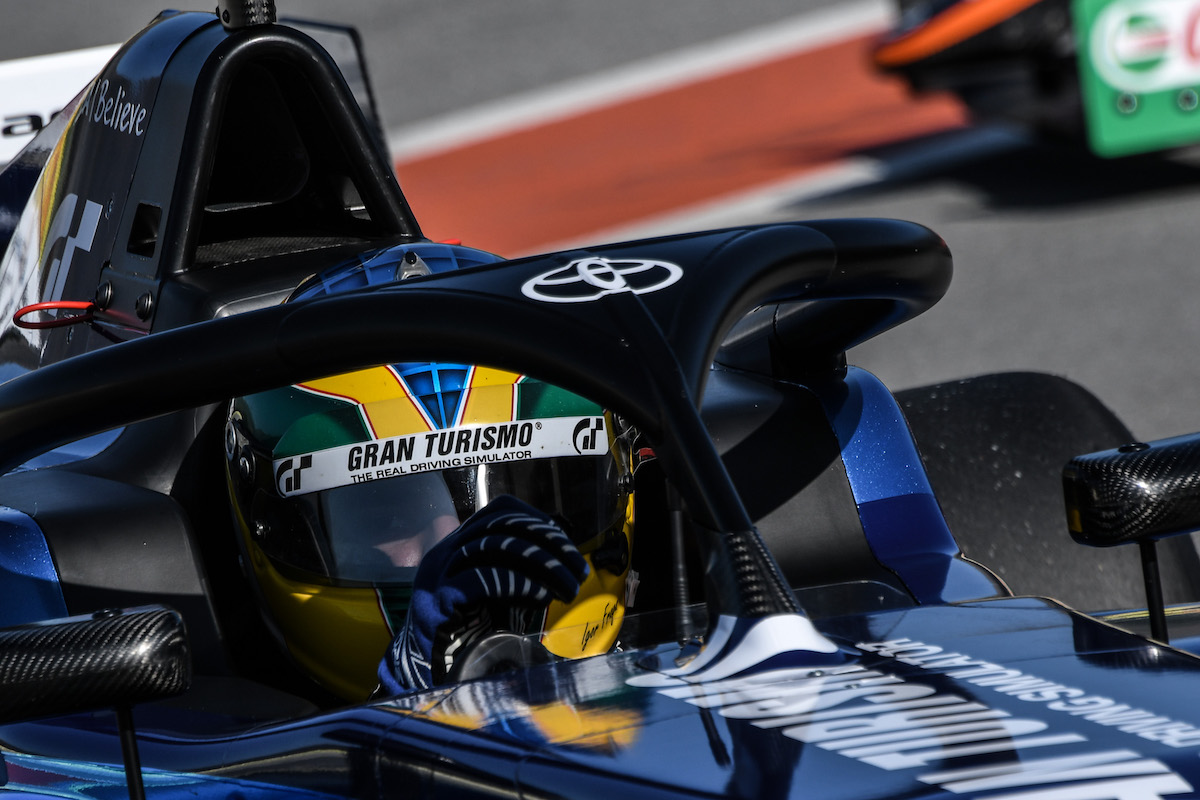 Fraga spent the majority of 2019 chasing the dominant team in FRegional, but he’ll start 2020 at TRS’s leading outfit M2.

It’s a partnership worthy of Fraga’s talents, which last year yielded four race wins in FRegional and third in the standings. It was not inconceivable that he could’ve been title runner-up, and outscored two of the ‘unbeatable’ Prema drivers.

That season ended with a dominant display in the finale at Monza. Fraga took a clean sweep of pole positions and won two of the three races. It’s that kind of consistency that will serve the Brazilian well in New Zealand.

When he’s not driving in real-life, Fraga is competing in the virtual world. Simulators have become an increasingly important part of any young driver’s preparation for TRS due to its distance from most other junior single-seater series (for anyone outside of New Zealand), and the reliance on learning in advance is more important than ever with a new car.

Esports champion Fraga will be able to overcome a large proportion of his inexperience with the circuits, via his use of and integral understanding of how the virtual world relates to real-life racing.

The competition in FRegional was certainly weaker than FIA F3 and the Eurocup, so it will be interesting to see how Fraga stacks up compared to a competitive TRS grid.

Challenging for regular wins and podiums would surely guarantee the FIA F3 graduation that he craves, and deserves. The biggest obstacle to that goal will of course be his highly-rated M2 team-mates. 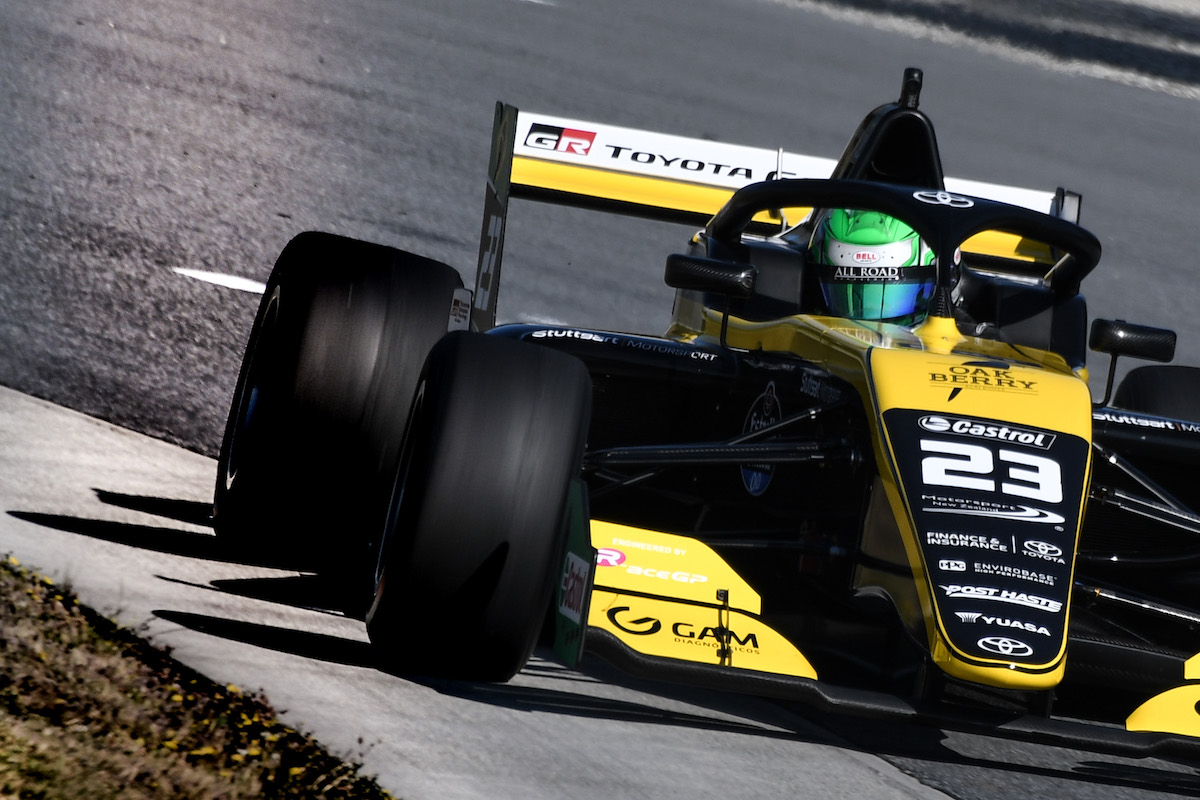 The biggest competition to M2 should manifest in the R-ace GP-supported MTEC Motorsport outfit, which can call from a huge amount of junior single-seater experience. It’s the Eurocup experience that could prove the difference over the local knowledge though, as the European teams have a year of experience with Tatuus’s regional F3 car under their belts.

Who else has a year of experience with the car? Caio Collet. The Renault junior was the top rookie in the Eurocup last year, making the podium six times and finishing fifth in the standings. He scored over twice the points of the next best driver.

MTEC was created several years ago from a merger between ETEC Motorsport and the Australian Minda Motorsport team, and has raced in TRS since its first season but has not won a race since 2012.

R-ace was created the year before that, and has only recently expanded its programmes outside of Formula Renault. It had established itself as the Eurocup’s top team before the championship dropped its FR2.0 regulations for regional F3, and it quickly adapted to that to too – its three drivers were all in the top five in the standings last year.

Collet is a Nicolas Todt protege as well as a Renault junior, and that faith in his ability means strong results will be expected of the 17-year-old Brazilian, who has not won a race or taken a pole position in over 15 months since winning the French F4 title.

The driver who knows how to beat Lawson 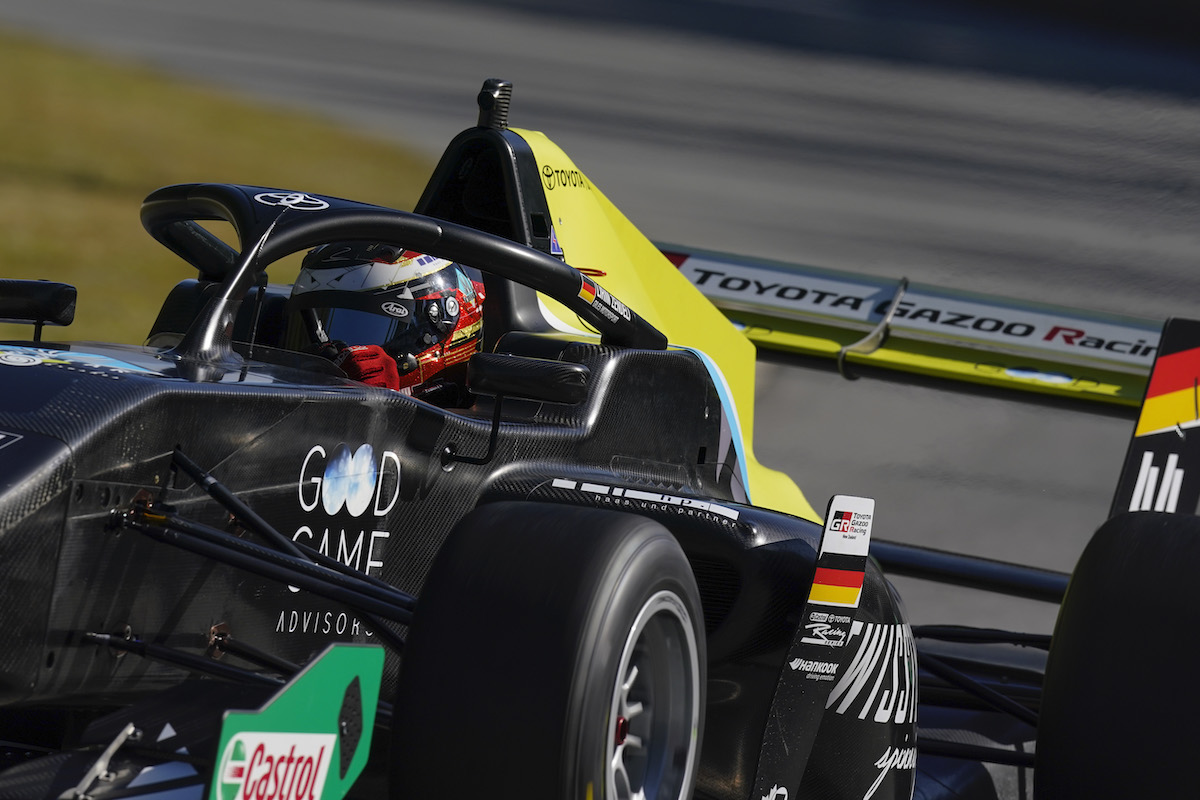 The only man on this list who has beaten Lawson to a single-seater title before will be hoping that 2020 gets his career back on the right track after a difficult and painful 2019.

Zendeli finished down in 18th in the FIA F3 standings last year with the struggling Sauber Junior Team by Charouz, and withdrew from the season finale in Sochi.

His 2018 ADAC F4 title-winning season, along with his one-off FRegional outing where he scored a brace of podiums, is a much better representation of his talents.

Zendeli leads the line-up for Giles Motorsport, which took 2018 Asian F3 champion and Zendeli’s Sauber team-mate Raoul Hyman to fourth in the TRS standings last year and was the only instance of anyone truly challenging M2’s dominance.

In FIA F3, Zendeli compared favourably to his team-mate, so he can expect to at least be in the mix for podiums. A title challenge – as Hyman discovered – may be a bridge too far, unless the new car can reduce M2’s perceived advantage.

This is where Zendeli’s FRegional experience, and results, may prove of use. The 20-year-old German immediately adapted to the Tatuus regional F3 design on a circuit he was new to, and bettered drivers who’d been racing the car all season. He’ll be relied upon to lead a team whose regular quartet otherwise lacks single-seater experience. 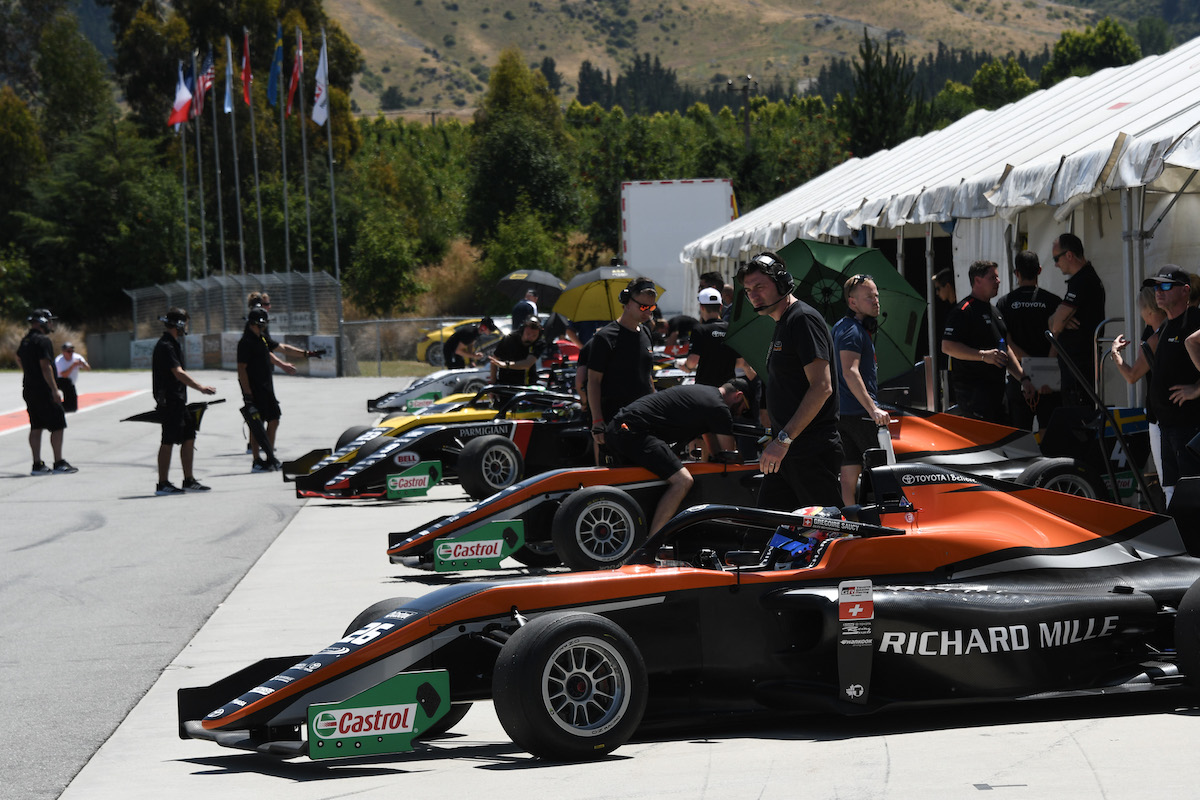 Israeli racer Ido Cohen?could surprise just as much as Fraga in M2’s line-up. He’s spent two years running in F4 without making headlines, but has looked immediately comfortable in faster machinery and will race in Euroformula in 2020.

He’s joined by karting graduate Emilien Denner, who only started karting competitively in 2017, won last year’s FIA KZ2 International Super Cup and came second in the European KZ2 championship, and has been testing M2’s Eurocup cars. M2’s six-driver line-up is completed by Rui Andrade. The 20-year-old struggled with his limited level of experience last year, scoring once in a full Euroformula campaign.

Swiss racer Gregoire Saucy is another ADAC F4 graduate making his TRS debut. He’ll race with Giles and should provide the biggest intra-team rival for Zendeli. He already has some regional F3 experience, including a top-five Eurocup finish, and was quickly out of the box in TRS pre-event testing.

Completing Giles’s line-up is sportscar racer Henning Enqvist and local star Chelsea Herbert, with?78-year-old Ken Smith – who has mentored Lawson – joining them as usual for the season-ending round at Manfeild which features the NZ GP.

Ptacek and Walls finished 11th and 12th in last year’s standings, with Walls missing round one due to being underage. After TRS, Ptacek impressed at Bhaitech in the Eurocup, while Walls continued his learning curve in Asian F3, so both have relevant experience with both the car and the track.

The brightest prospect at Kiwi Motorsport – formerly Victory Motor Racing – is Spanish F4 champion Franco Colapinto. He’s the dark horse in the series, and possibly the biggest unknown quantity on the grid alongside single-seater rookie Denner.

His mid-season cameos in Euroformula and Eurocup yielded little in the way of results, but he was hardly partnered with the strongest outfits and his testing form was blindingly quick. He’s joined by?Amaury Cordeel, the 2018 Spanish F4 champion, who should act as a solid benchmark for Colapinto but struggled as a Eurocup rookie last year.

Tijmen van der Helm, 15, is another Spanish F4 graduate but he won’t be able to make his TRS debut until the third round due to being underage, and his seat will be taken by United States F4 star?Jose Blanco-Chock. It will be intriguing to see what he’s capable of outside of the American racing scene.