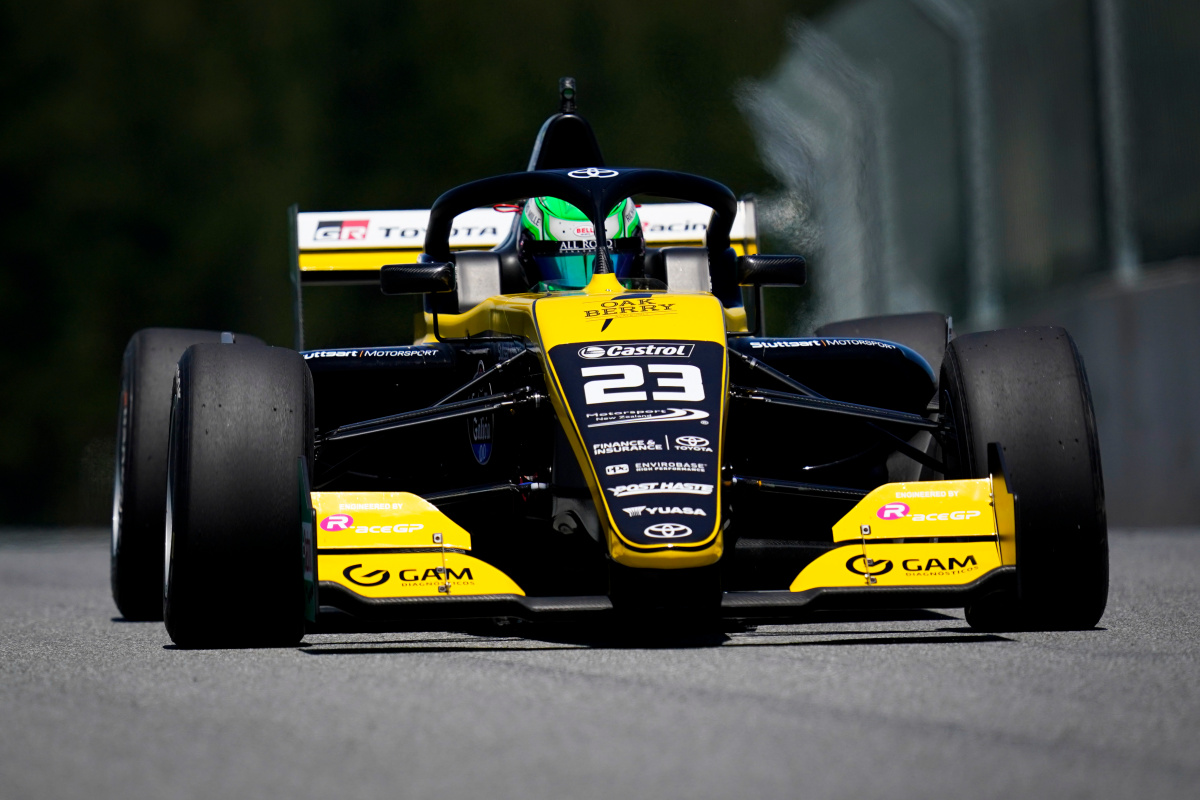 The MTEC Motorsport by R-ace GP driver moved into first place midway through the session with a 1m28.727s lap, and while constantly lapping at a similar pace that only one or two others could match, he did not improve on his best time.

Early pacesetter Liam Lawson ended up in second for M2 Competition, having set the pace alongside fellow Red Bull junior and team-mate Yuki Tsunoda early on.

They were shuffled down the order, with Kiwi Motorsport’s Franco Colapinto occupying second place until the final minute, when Lawson improved to moved back into second place and become the only driver other than Collet to laps in the 1m28s.

Giles Motorsport’s Lirim Zendeli looked fast, but struggled to hook a quick lap together until the final few minutes, and he ended up 0.300s back in third place.

Fernando Alonso protege Colapinto was sandwiched into fifth by two drivers who improved after the chequered flag was waved; M2’s Igor Fraga in fourth and Giles’ Gregoire Saucy in sixth.

MTEC trio Petr Ptacek, Oliver Rasmussen and Jackson Walls were all within a second of the pace in seventh, eighth and ninth, with single-seater debutant Emilien Denner not far behind in 10th.

The M2 driver had been as high as seventh, but the flurry of late improvements pushed the karting graduate back down the timesheet.