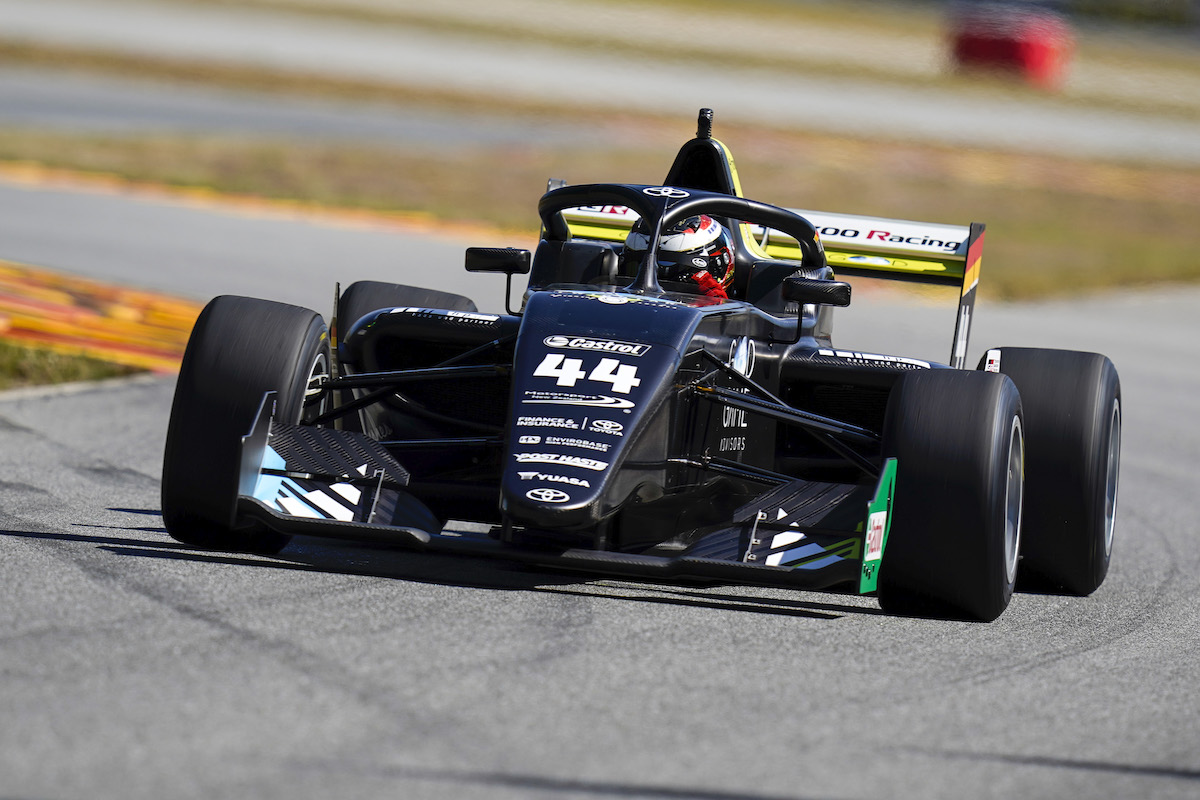 Several red flag periods riddled the second half of the session, meaning the quickest laps were set early on.

Reigning champion Liam Lawson initially set the pace by some margin for M2 Competition, with second place being hotly disputed.

Caio Collet, who was fastest in FP1 for MTEC Motorsport by R-ace GP, took until his third flying lap to beat Lawson’s lap by over four tenths of a second, with Zendeli moving into third behind them at the 10-minute mark of the half-hour session.

An improvement shortly after from Lawson took him to within 0.019s of Collet, who responded with an even better lap.

Lawson’s next flying lap put him in first place, but just a minute later he was demoted to third by Zendeli and Collet, with the trio being split by just 0.037s.

After this flurry of improvements, there were no changes in the top 10 for the remaining 17 minutes – several of which included no on-track running due to the red flags – bar push from Kiwi Motorsport’s Amaury Cordeel for seventh.

Collet’s team-mates Oliver Rasmussen and Petr Ptacek were a surprise fourth in the end order, with Ptacek setting an identical best lap to M2’s Igot Fraga.

Honda and Red Bull junior Yuki Tsunoda has a quiet session and was classified 11th, and the last driver within a second of Zendeli.