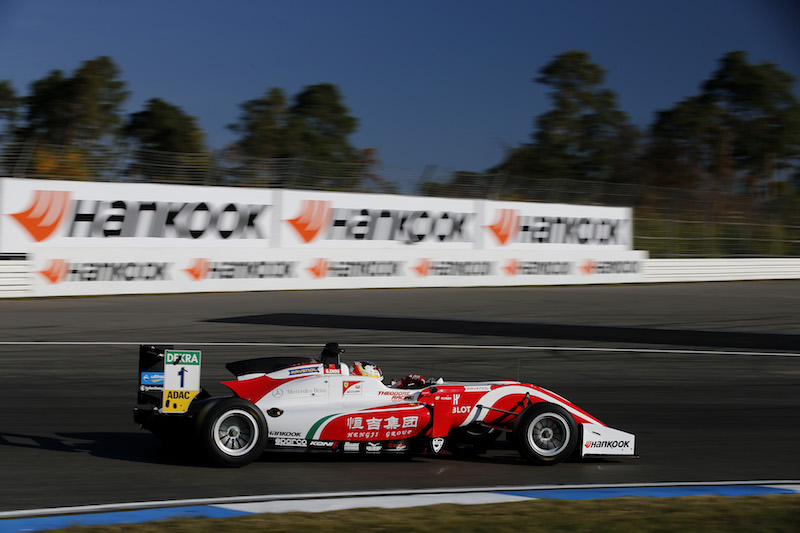 Zhou, who hasn’t won since the season-opening race in Pau and has slipped to ninth in the standings, clinched pole with a 1m32.335s lap with just over three minutes remaining, 0.02s faster than the effort Palou had made shortly beforehand.

There were only limited improvements in the last three minutes, with Robert Shwartzman able to move up to third, 0.035s off Zhou’s pole time.

Jehan Daruvala took fourth ahead of Juri Vips, while Marcus Armstrong was another to improve late on to beat team-mate Schumacher to sixth.

Schumacher, who took all three pole positions at both the Nurburgring and Red Bull Ring, twice topped the times inside the final 10 minutes but was displaced by Zhou and could not match the Chinese driver’s time.

He did however outqualify his nearest rival Dan Ticktum, who could only manage ninth. Schumacher will clinch the title in the opening race if he finishes in the points and ahead of Ticktum, and Armstrong does not win.

Impressively splitting Schumacher and Ticktum in eighth place was F3 debutant Frederik Vesti, despite the Van Amersfoort racer missing part of practice due to a black flag for exceeding track limits.