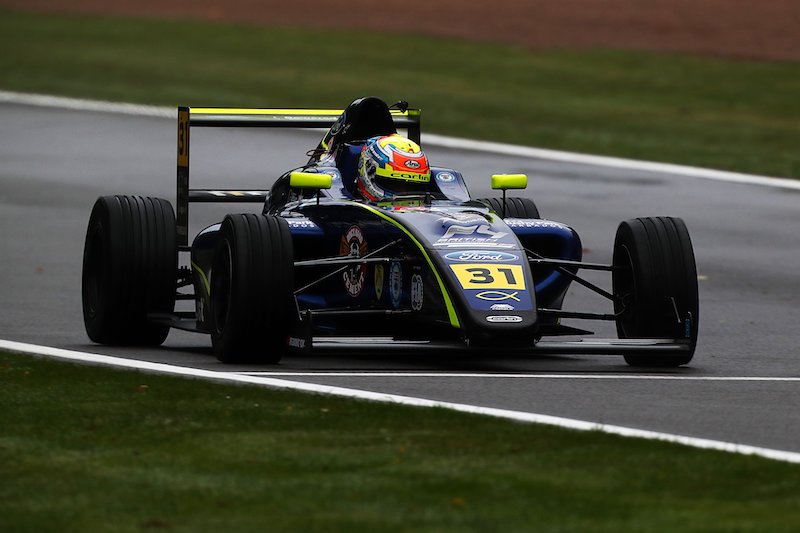 British Formula 4 championship contender Zane Maloney says he won’t change his approach in the decisive final race of the season at Brands Hatch.

The Carlin driver lies five points behind title rival Sebastian Alvarez after the Double R Racing driver took victory from the penultimate race of the season.

Maloney dominated the middle part of the season, but has had his championship lead chipped away after a disappointing final third of the year, resulting in him heading into the final round of the year tied on points with Alvarez.

He has taken a ?race-by-race? approach since the beginning of the championship, pushing for race wins rather than playing safe to bag points.

When asked if he was going to change this approach for the season finale, the answer was clear.

?If you look at [Lewis] Hamilton, he doesn?t stop or let off, and they don?t crash a lot. It?s the best way to go about it. I?ll just continue doing that and hopefully we can do a good last race of the season and celebrate tomorrow night.?

Maloney finished fifth in the second race of the weekend at Brands Hatch, which was run in falling light and conditions he described as ?horrendous?.

?I think it was worse than Croft, and Croft [race 2] got cancelled,? he said. ?The right thing just now might have been to cancel it. I think, if we went a little longer it would have been cancelled, but it was really bad conditions.

?We made the best out of them. It was really hard to gain on anyone because it was too wet.?