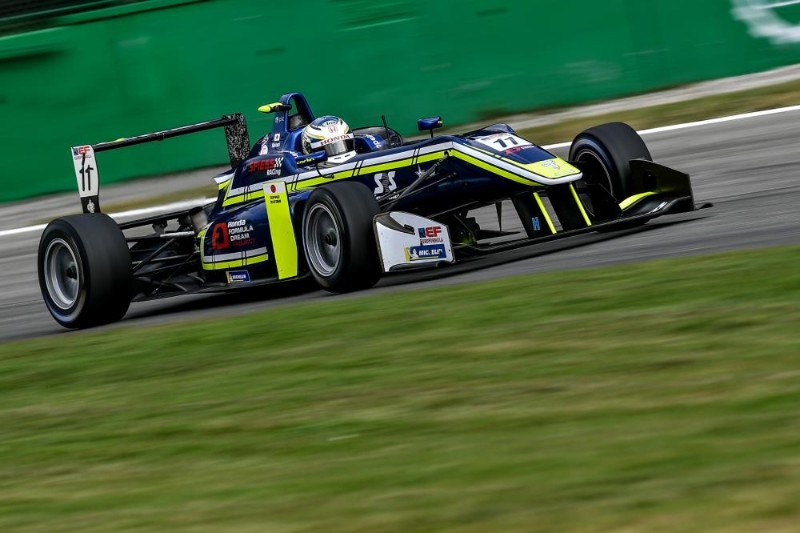 Teppei Natori took his second Euroformula Open pole at Monza, marking the last time the Dallara F317 will be used.

The Carlin driver, who took his first pole at Barcelona, qualified 0.075 seconds ahead of Motopark’s Liam Lawson, whose team-mate Marino Sato will head the second Carlin car of Christian Hahn on the second row.

Double R Racing’s Jack Doohan was fifth fastest, while his team-mate Linus Lundqvist was only 15th after his best laptime was deleted.

Lundqvist and Lawson will fight for the rookie title in the final race of the season, while eighth placed qualifier Lukas Dunner heads Lawson in the battle for second in the overall seconds.

Billy Monger and Nicolai Kjaergaard were sixth and seventh for Carlin, ahead of Teo Martin Motorsport?s Dunner and Motopark duo Cameron Das and Yuki Tsunoda.

The sole Fortec Motorsports car driven by Calan Williams was fast, but was another which lost fast laps to track limits abuse and ended up 11th, ahead of RP Motorsport’s Indy Pro 2000 champion Kyle Kirkwood.