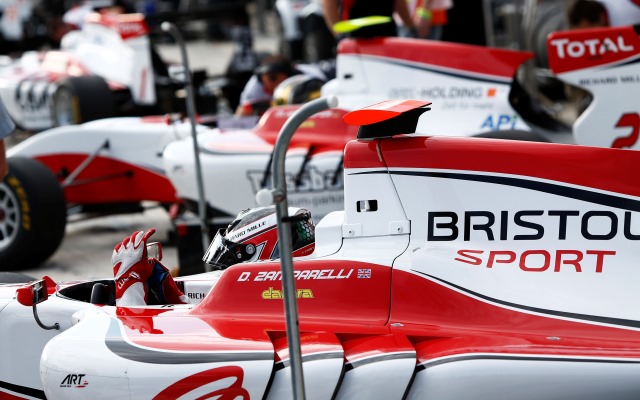 Dino Zamparelli brought an early end to the GP3 practice session at the Hungaroring with him leading an ART Grand Prix lockout of the top three places.

The French squad’s trio of drivers moved to the top of the timesheets inside the final ten minutes of the session, before the red flags came out with two minutes remaining when Zamparelli stopped on track.

The British driver was 0.345 seconds ahead of Alex Fontana and 0.405s quicker than Hockenheim winner Marvin Kirchhofer.

Emil Bernstorff was best of the rest in fourth for Carlin ahead of Swiss duo Patric Niederhauser (Arden) and Matheo Tuscher (Jenzer). Hockenheim race two victor Jann Mardenborough was seventh for Arden, while Trident’s Roman de Beer was eighth having sat on top for a while. Robert Visoiu and Mitch Gilbert completed the top ten.

Points leader Alex Lynn slipped down to 20th place at the end of the session, 1.915 seconds off the pace and one spot behind closest rival Jimmy Eriksson.