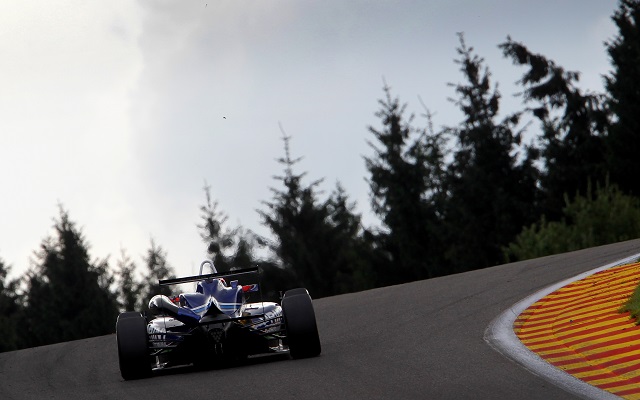 Jones, who, having won race one, started race two from fifth, was second by the end of lap two as Merhi took the lead from poleman Indy Dontje.

The Spaniard and the Emirati were two seconds apart for much of the race before Jones began his charge to victory over the final laps.

The Carlin driver was almost a full second quicker in the first sector in his FIA F3 spec machine, but consistently lost more than a second in sector two.

As the race went into the final two minutes, Jones managed to close in enough to have a good run into the Kemmel straight and emerged in the lead. He held off Merhi over the rest of the lap and took the checkered flag at the end, claiming his second win of the weekend.

Jones’ teammate Sean Gelael was up to third after two laps but didn’t have the pace of the leading duo and ended up settling for a comfortable points finish.

John Bryant-Meisner took another fourth place, two seconds ahead of Dontje. The Dutchman’s teammate Nabil Jeffri beat Sam MacLeod to sixth, with the Scotsman having started in last after his retirement on lap one.