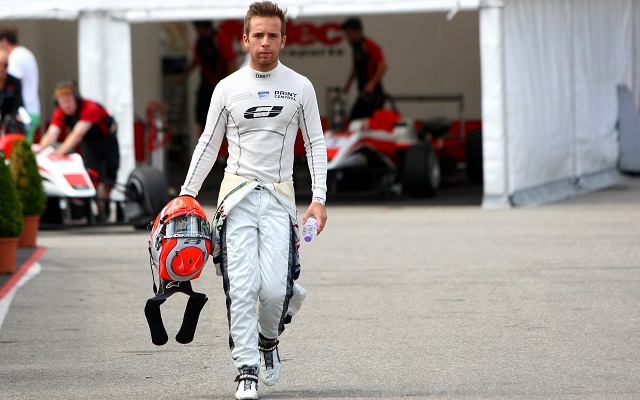 Emirati racer Ed Jones completed a perfect weekend in British F3 with his third win in three races at Spa-Francorchamps.

Jones came out on top after a race-long battle with teammate Sean Gelael as the Indonesian managed to put together his first serious victory bid of the weekend.

Again, it was poleman Jones who led off the line, with Gelael making a somewhat sluggish getaway.

However, the Indonesian managed to hold on to second into Eau Rouge and then slipstreamed past Jones to take the lead into Les Combes on the opening lap.

Gelael would go on to lead the opening half of the race as he fended off Jones’ overtaking attempts out of the Kemmel straight and then consistently pulled out a gap in the second sector. However, with the race at its halfway point, the Emirati finally managed to get a good run on the straight and, despite Gelael nearly squeezing him off the road, he emerged in first.

From that point on, Jones controlled the race, preventing Gelael from having any major chances to overtake. After a gruelling 30-minute fight, the two Carlin men crossed the line a second apart.

With both of them ineligible for points this weekend, it was John Bryant-Meisner who banked the 25 points for victory, finishing a lonely race in a very comfortable third.

Championship rivals Matt Rao and Martin Cao put on a show further down the road, getting involved in a race-long fight for fourth. The battle between teammates culminated in Cao’s last-lap attempt into Les Combes, but Rao, having given up the inside, managed to stick to the outside line and narrowly held on to the spot.

Double R driver Roberto Merhi, who took the most points in the two opening races, was forced to sit out the weekend finale due to an engine issue.