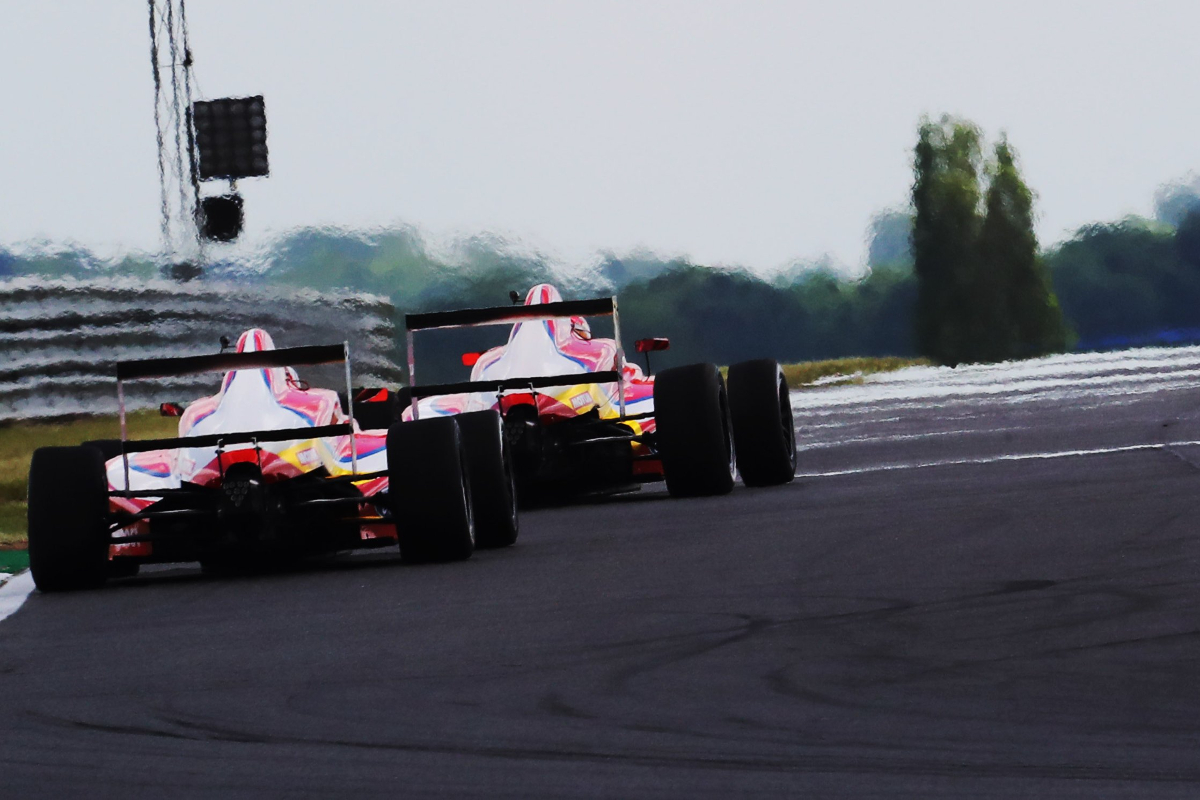 Zak Taylor took his maiden British Formula 4 victory in the opening race of the weekend at Brands Hatch Indy.

The Arden managed a late safety car period and two minute dash to the flag to take his first win in the series 1.287 seconds ahead of team-mate Thomas Ikin.

Taylor started from the third row of the grid but had a fantastic start, climbing up to second on lap one before a move at Druids took him through to the race lead.

From there, it looked like a relatively simple race for him as he stretched out his lead to reversed grid poleman and team-mate David Morales.

Taylor was 4.5s ahead of the rest of the field when Morales span, forcing Argenti’s Marcos Flack wide and taking out Carlin’s Tasanapol Inthraphuvasak.

The incident brought out the safety car, bunching the field back up behind Taylor. It was a relatively lengthy stoppage, but the track went green again with just over two minutes on the clock.

Taylor was keen to get the racing back under way, putting his foot down as soon as possible and catching Ikin behind him out. Ikin couldn’t challenge, and had to settle for second place in a team one-two.

Behind them there was an intense battle for third.

Former JHR Developments team-mates James Hedley and Abbi Pulling had been working their way up through the order together. Before the safety car period, they had come onto the back of Inthraphuvasak. Pulling had attempted to make a move which put her out of position and allowed Hedley to sweep past.

The positions would be reversed as they closed in on the back of Dougie Bolger after the restart. Twice Hedley tried to take third from the Carlin driver, but it was Pulling who managed to make up a position at Druids to take fourth.

Pulling and Bolger were nose to tail on the final lap, with Pulling just getting her nose ahead to take the chequered flag 0.226s ahead.

A mistake on the final lap sent Hedly plummeting down the order to 15th, last of the finishers.