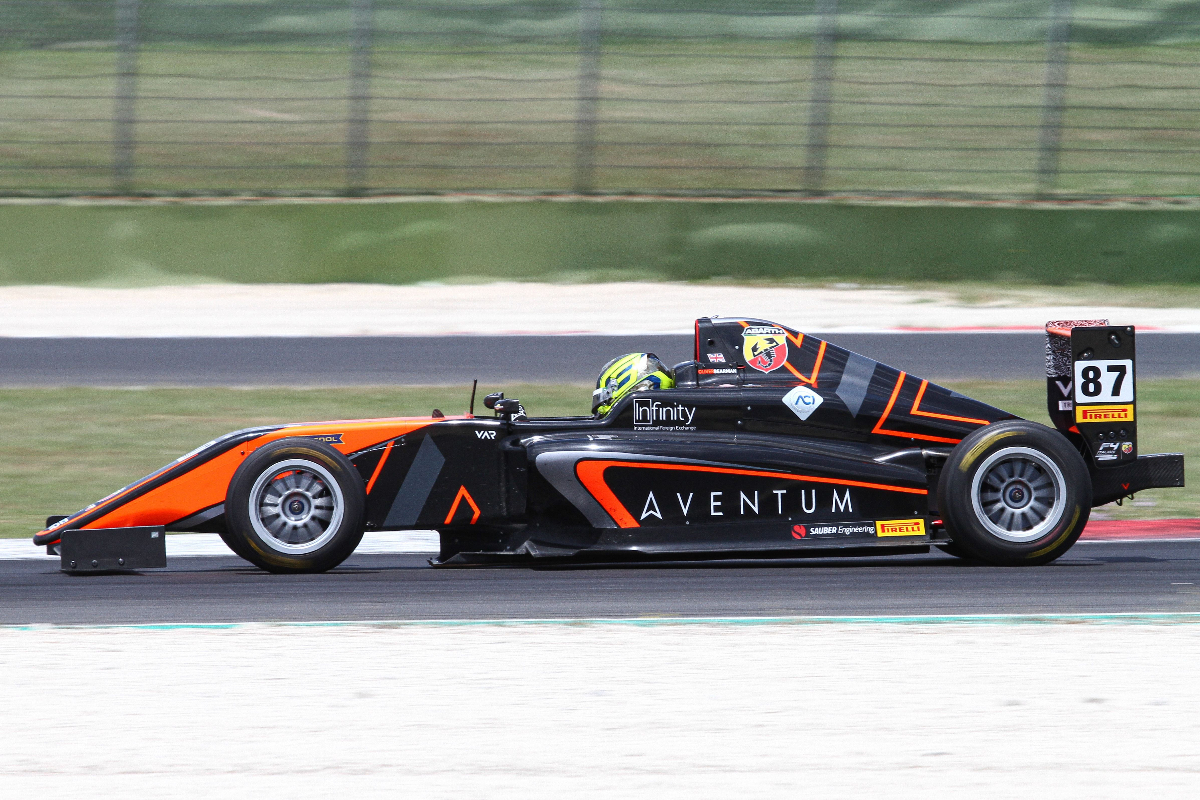 Points leader Bearman was the driver to beat after going fastest in both free practice sessions, and in the first qualifying session he went on to take pole over Montoya by 0.160 seconds.

US Racing, back in the series after missing the last round, ended up on the third row of the grid as Tim Tramnitz qualified fifth, just beating Joshua Duerksen (Mucke Motorsport) and Kirill Smal (Prema).

After qualifying ninth for race one, VAR’s Joshua Dufek began Q2 on top, but his time in first place was shortlived as Montoya became the first driver in the session to break into the 1m33s.

Montoya improved to a 1m33.564s, putting him on provisional pole by 0.085s over Tramnitz, when red flags were waved with two minutes to go as Cram Motorsport’s Georgios Markogiannis crashed at the last corner by putting a wheel off track and then spiralling into the wall.

This left the improving Bearman and Han unable to compete their flying laps, and secured pole for Montoya. Bearman qualified third, ahead of Dufek, Han and Al Qubaisi.

Using the second-fastest times from both sessions, Bearman also claimed pole for race three by 0.120s over Montoya. Wurz will line up third for just his third race in single-seaters, with Tramnitz alongside based off his Q2 effort (while most others set their second-best laps in Q1).