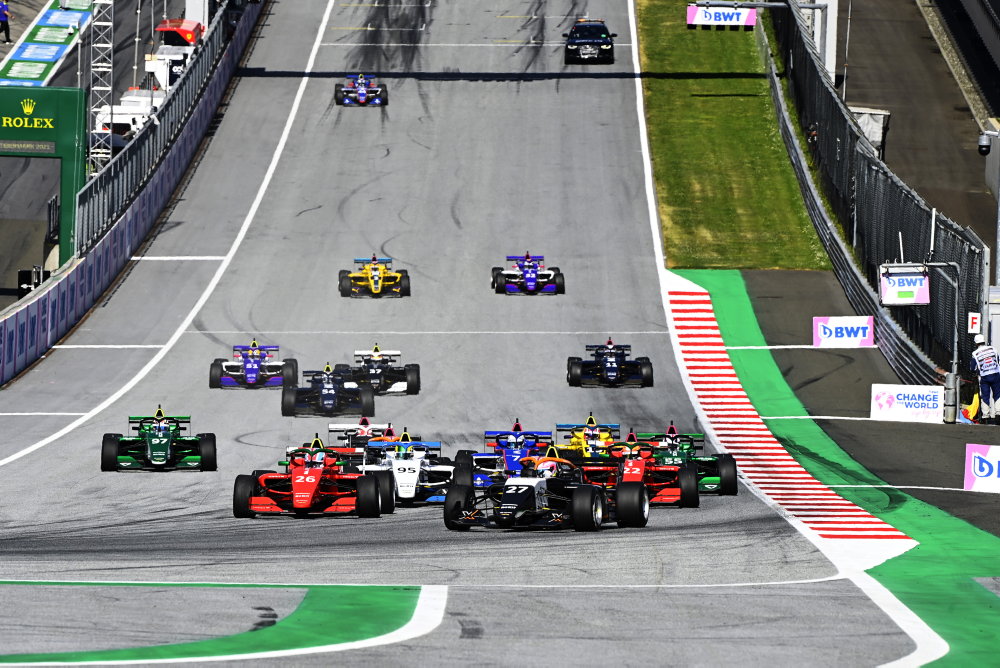 Powell got a better start than fellow front-row starter Sarah Moore and established a decent lead to her fellow Brit early on.

Moore was under threat from rookie Belen Garcia for much of the 20-lap race, which allowed Powell to establish a 2.7-second lead in the first two-thirds of the race.

But Garcia ran wide at Turn 6, dropping her back down to ninth.

It was starting to calm down until a safety car came out for Marta Garcia, who pulled over with a mechanical problem that took her out of seventh place.

The field bunched up and Beitske Visser was tapped round by Emma Kimilainen at Turn 3 on the restart with three minutes to go while battling over third.

That gave Kimilainen front wing damage, and she began to massively hold the field up in the closing stages.

Powell and Moore were therefore able to pull away from Fabienne Wohlwend, who worked up from ninth to inherit third at the flag despite pressure from top rookie Belen Garcia.

Jessica Hawkins tapped round reigning champion Jamie Chadwick, and has her finishing position of fifth under threat as a result of the contact.

Miki Koyama battled her way through the back while the safety car allowed Chadwick to come back into contention after languishing at the rear of the field.

Hampered by a damaged exhaust in qualifying, Chadwick was at the back after the Hawkins contact. She initially struggled to get past Gosia Rdest, but she mastered the restart to climb several spots and take seventh.

Rookie Nerea Marti also climbed up the order to take eighth, ahead of fellow rookie Irina Sidorkova – who made light contact with Chadwick – and Rdest, who rounded out the top 10.

After stalling on the grid, Ayla Agren took 11th on her debut, ahead of former USF2000 racer Bruna Tomaselli.

Visser ended up 13th ahead of Kimilainen, while Sabre Cook took 14th after pitting for a new front wing early on and after a mistake late in the race.

Abbie Eaton was hampered by the Agren stall at the start and was hit by Vicky Piria on the restart, which affected both of their races.

In addition to Marta Garcia, Piria was the other retirement after the contact with Eaton.