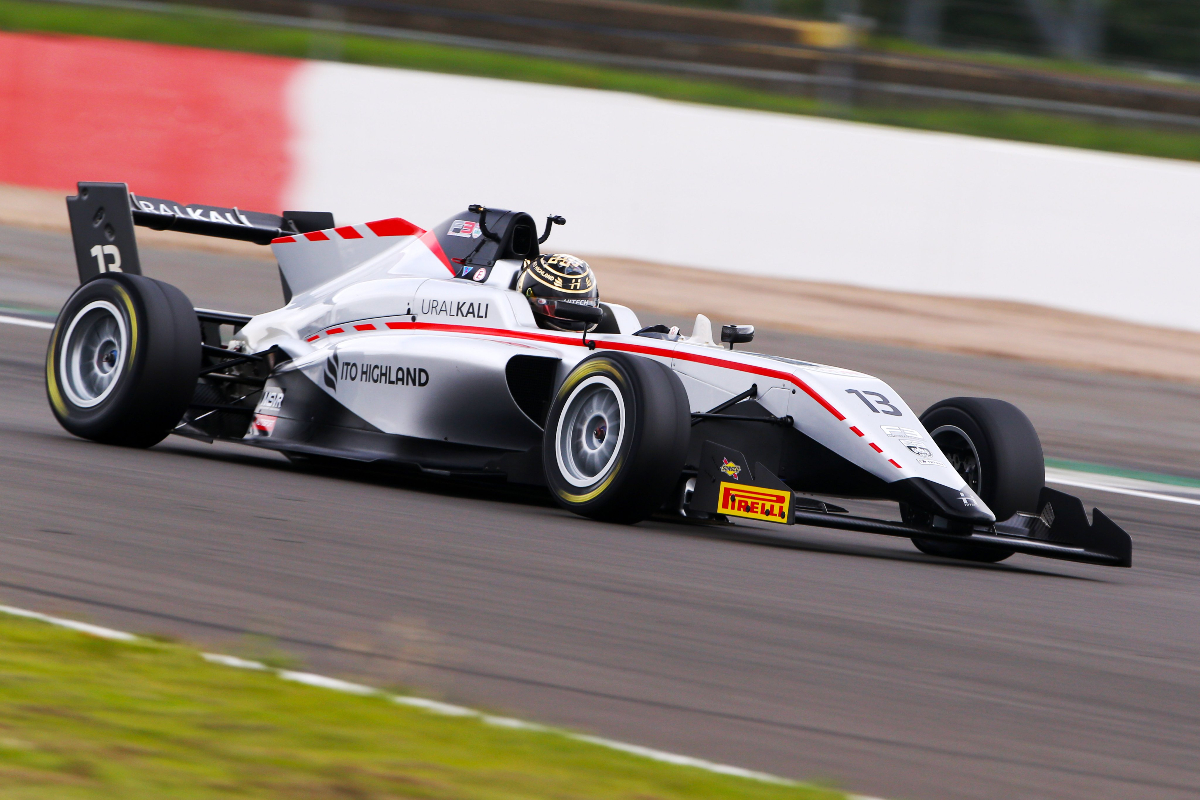 Reece Ushijima took his first BRDC British Formula 3 win by resisting a late charge from Zak O’Sullivan in the opening race of the weekend at Silverstone.

After starting from pole, Hitech GP driver Ushijima maintained the lead off the line ahead of O’Sullivan, and pulled out more by over a second during the first six laps on the Grand Prix layout.

Carlin’s O’Sullivan then halved the gap on the next lap, and continued to edge closer, but Ushijima held on to win by 0.382s.

Bart Horsten made it a double podium for Hitech, setting a series of fastest laps in the closing stages to get within 0.9s of O’Sullivan by the finish, having been over three seconds behind at one stage.

Elite Motorsport’s Javier Sagrera resisted pressure from Fortec’s Roberto Faria for most of the 10-lap encounter to finish fourth, the pair separated by one second at the chequered flag.

Dexter Patterson finished a 1.8s behind in sixth for Douglas Motorsport, just ahead of Hitech’s Sebastian Alvarez.

An early off dropped Arden’s Frederick Lubin down the order from fourth place, before pitting to remove grass from his car.

Elite’s Tom Lebbon pulled out of the race on the opening lap with an issue.