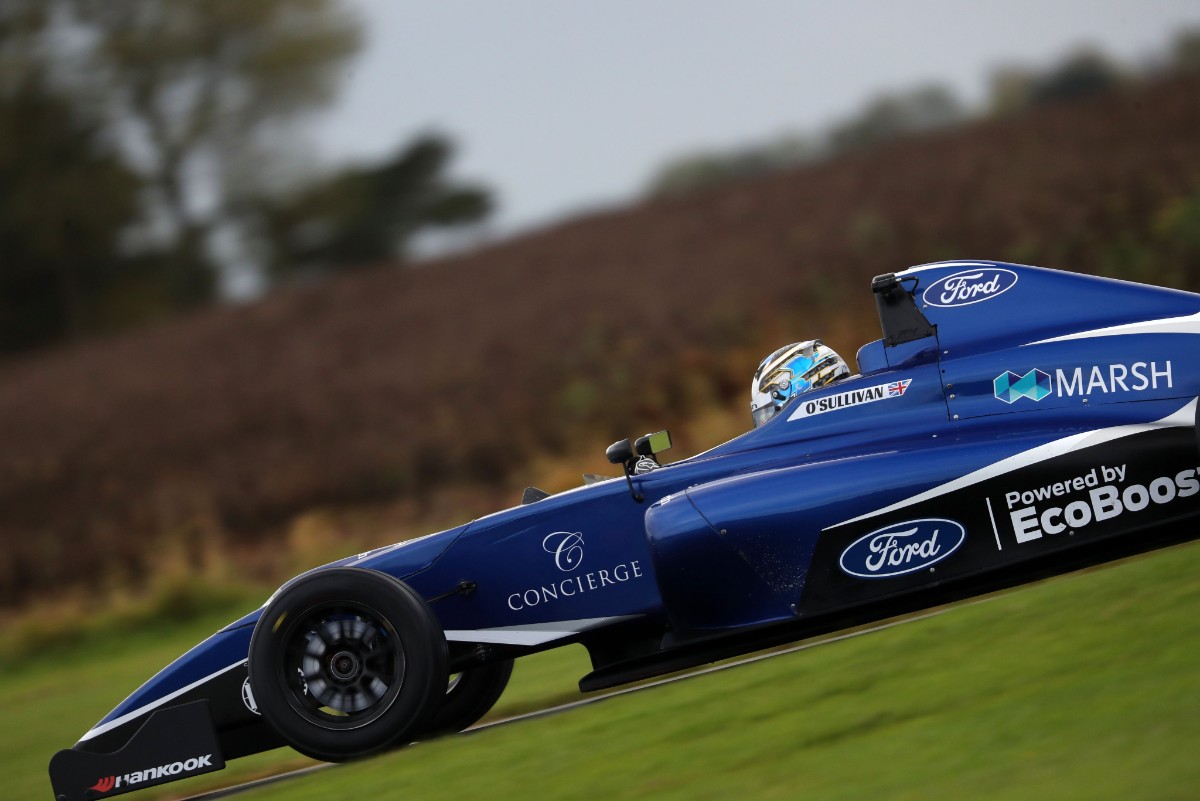 Carlin’s Zak O’Sullivan triumphed in the first British Formula 4 race of the weekend at Croft, holding off poleman Casper Stevenson.

O’Sullivan took the lead on lap two and quickly opened up a gap. At its peak, his gap to Stevenson was 2.1 seconds around the middle of the 20-minute race.

Stevenson started to come back at O’Sullivan, however, after setting several fastest laps. He was unable to mount a serious challenge to reclaim the lead and came short by 0.448s.

JHR Development’s Abbi Pulling took third, capitalising on a strong start and subsequently pulling away from the rest of the pack.

Arden’s Frederick Lubin was a distant fourth, ahead of a very tight battle over fifth led by team-mate Roman Bilinski.

Bilinski’s pace wasn’t particularly strong, but he was able to resist Fortec Motorsports’ Browning who was unable to recover from his difficult opening lap.

Arden’s Alex Connor also had a poor start but was able to climb back up to seventh with some fine overtakes.

Spending much of the race in a scrap was JHR’s James Hedley and Fortec’s Rafael Villagomez, while Carlin’s Christian Mansell joined in during the closing stages.

Mansell rounded out the points places, ahead of Argenti’s Reema Juffali and Carlin’s Matias Zagazeta – who traded places on the final tour but both ended up more than 10 seconds away from the points finishers.