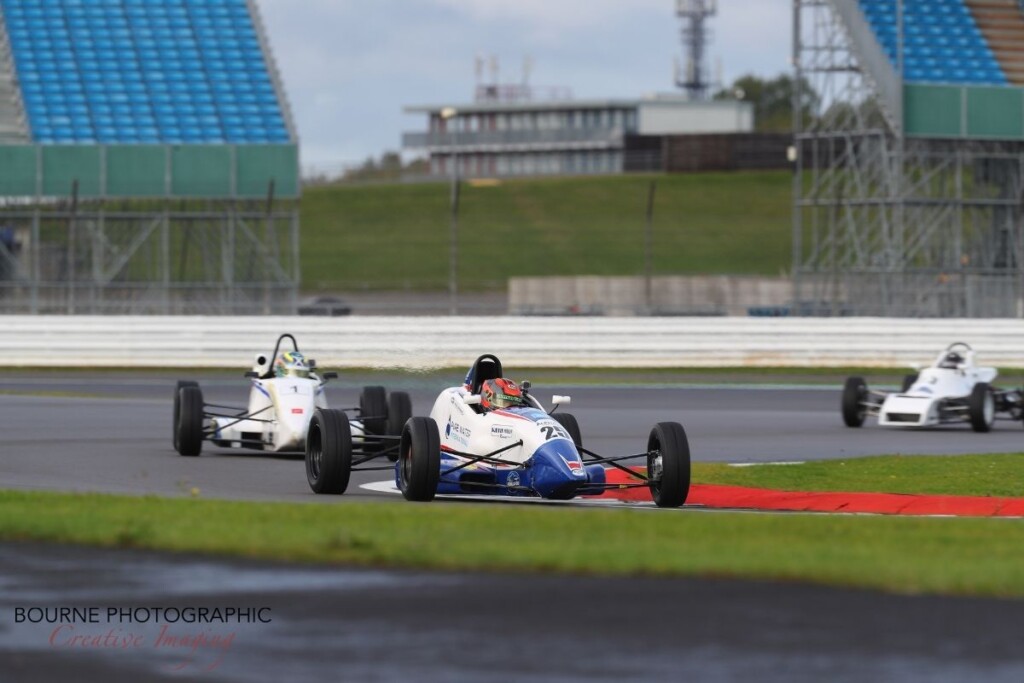 Newly crowned champion Neil Maclennan ended the BRSCC National FF1600 season with a second Silverstone win, meaning he was beaten just once over the seven races this year.

As in Saturday’s first race, victory was contested between Maclennan and Team Dolan’s 2019 champion Ross Martin on Silverstone’s International layout.

Kevin Mills Racing’s Maclennan led away from pole at the start, while Martin came under pressure from B-M Racing’s Rory Smith for second place – the same position they were fighting over in the standings.

Don Hardman Racing’s Joey Foster also tried to pass Smith for fourth into Club at the end of lap one but the cars touched wheels, sending Smith spinning down the order. Low Dempsey Racing’s Jonathan Browne and Bryce Aron took advantage to move up to fourth and fifth.

A three-way battle developed at the front, and Martin took the lead from Maclennan with five minutes remaining. But he ran wide at Stowe next time by after defending from Maclennan at the end of the Hangar Straight, allowing Maclennan to slip up the inside at Vale.

White then also passed Martin for second, but the Soct swept back by down the Hangar Straight. Martin was able to pull away from White as they negotiated backmarkers, then closed back in on Maclennan for the lead.

On the final tour Martin made a bid for the win around the outside of Stowe but Maclennan held on to win, with White two seconds back in third.

Browne prevailed over Aron in a four-way battle for fourth, interrupted by a brief rain shower, with Foster and Souley’s Samuel Harrison finishing close behind.

PWR1 Racing’s Alex Walker was eighth, with B-M’s Jamie Sharp and Smith a distant ninth and tenth. Finishing down the order meant Smith lost the title runner-up spot to Martin by three points.