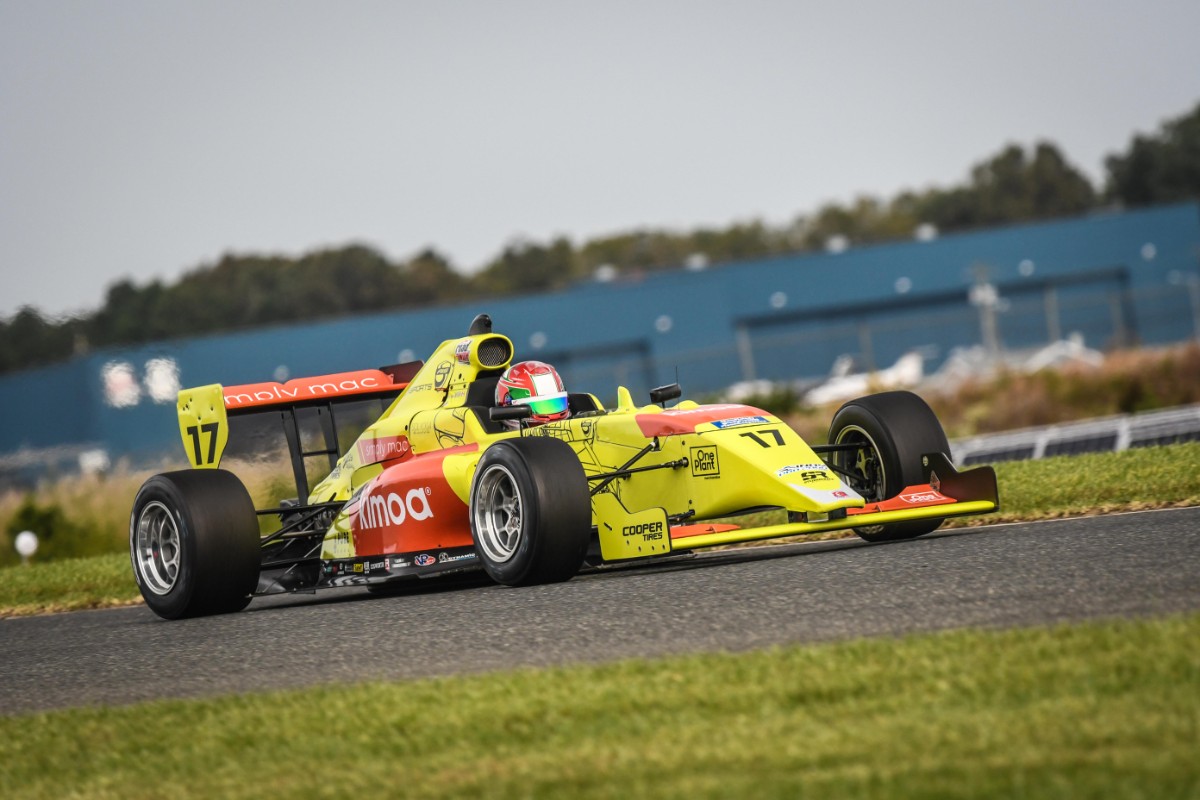 DeFrancesco set the early pace in the 20-minute session before Juncos Racing’s Robb came to the front. The time Robb set – a 1m13.060s – stood at the top for a sizeable portion of the session.

Former FIA Formula 3 racer DeFrancesco came back towards the end, however, taking the top spot with a couple of minutes to spare before pitting.

Robb’s efforts to take pole back in the final moments were thwarted when FatBoy Racing’s Charles Finelli spun at Turn 9. That prematurely brought out the chequered flag, as well as a red flag.

DEForce Racing’s Manuel Sulaiman put himself third on the grid with a late effort, ahead of Juncos’s Artem Petrov, and just 0.1628s covered the top four. Almost two tenths slower was DEForce’s Parker Thompson in fifth.

Pabst Racing’s Colin Kaminsky claimed fifth place on the grid by a tiny 0.0047s from Turn 3 Motorsport’s Danial Frost, with Kaminsky’s team-mate Hunter McElrea a further 0.0644s back in eighth.

Kory Enders (DEForce) and Antoine Comeau (Turn 3) rounded out the top 10 and were within a second of pole.

Abel Motorsport’s Jacob Abel was 1.4s off the pace in 11th, ahead of Finelli who was considerably off the pace.