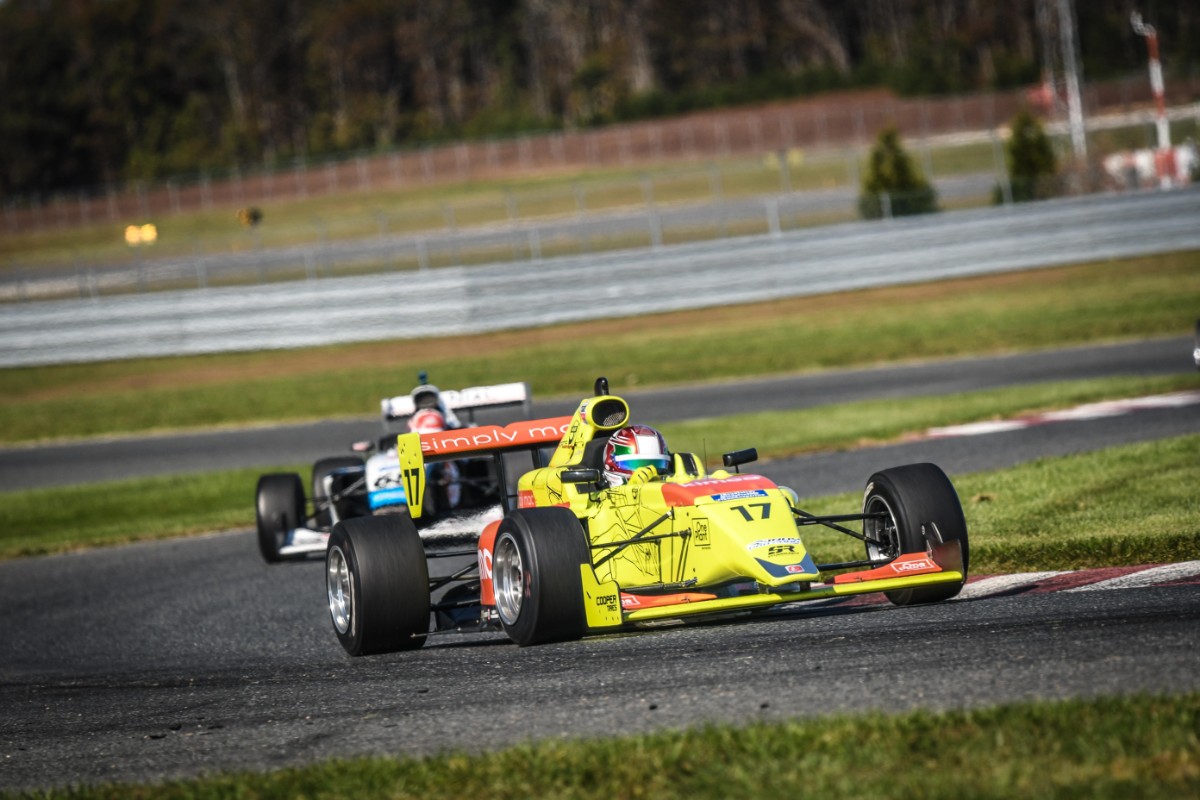 It marked the return of the series to the circuit after a 10-year absence, with Mikael Grenier and Conor Daly having been the last winners in 2010.

DeFrancesco started from pole and got an excellent launch to take himself into the lead right away.

From there, he was able to open up a gap to championship leader Sting Ray Robb. Over the 25-lap race it opened up to over five seconds, earning the Canadian his second win of the season and first on a road course in IP2000.

Juncos Racing’s Robb had a small gap over DEForce Racing’s Manuel Sulaiman as the pair rounded out the podium.

There was a moment of peril mid-way through the race as Turn 3 Motorsport’s Danial Frost came to a halt on the front stretch. The caution flag was prepared, but officials decided to continue the race without the interruption.

Pabst driver Colin Kaminsky slipped to seventh after starting sixth but ended up towards the back of the pack at the end of the opening lap. He had run wide but was able to pick off the drivers in front later in the race to recover the lost positions.

Turn 3’s Antoine Comeau, Abel Motorsport’s Jacob Abel and DEForce’s Kory Enders rounded out the top 10. Enders also had a difficult opening lap and was last by the end of the opening tour but struggled to make up ground.

A notable absentee from the circuit was DEForce’s Moises de la Vara, who injured his back while training for the race weekend and was reccomended by doctors to rest rather than compete.