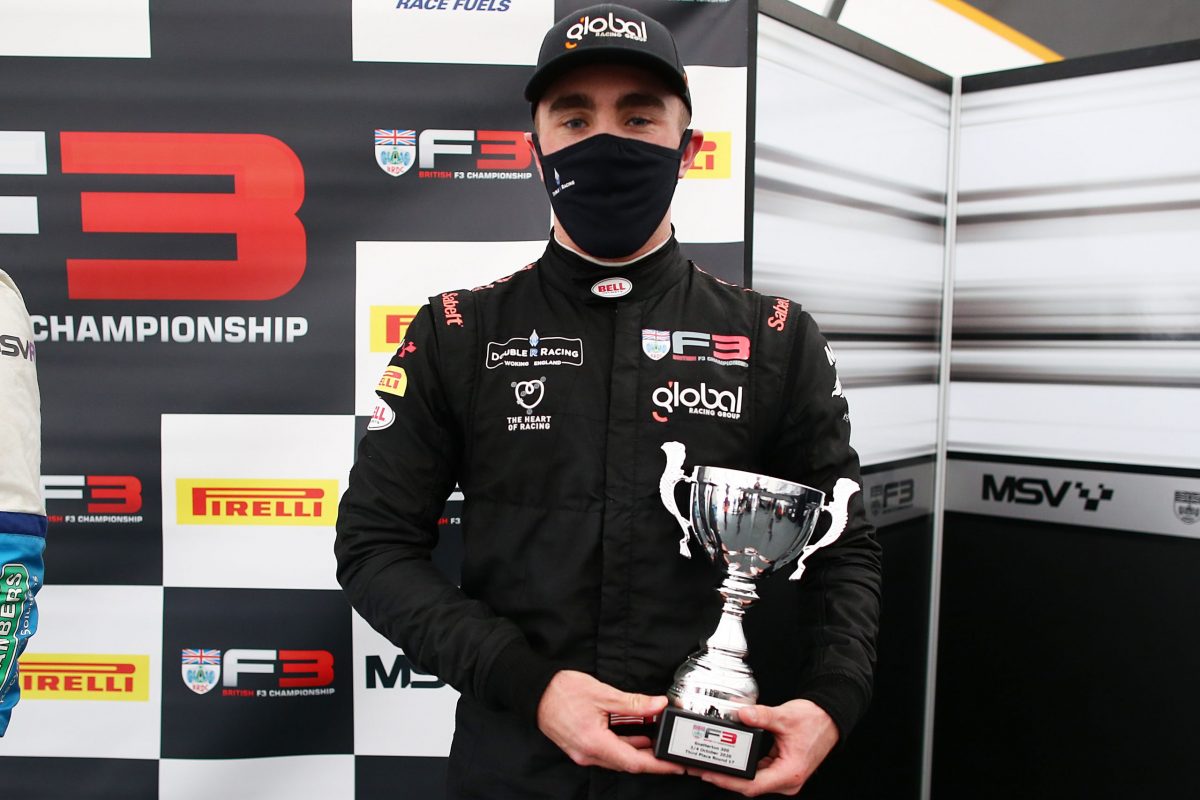 Double R Racing’s BRDC British Formula 3 driver Benjamin Pedersen will join the English squad for the next Euroformula round at Spa-Francorchamps.

Pedersen has almost three years of F3 experience, having finished third in Formula Regional Americas in 2018 and then competing in both that series and BRDC British F3 for the last two years.

In 2019 he won seven races in FRegional Americas to be title runner-up, despite missing a third of the season. His first, and so far only, British F3 win also came in that year and but he has been a more consistent frontrunner in 2020.

“Next week: Circuit de Spa-Francorchamps in Belgium, debut in the Euroformula championship and Dallara 320 with the Double R Racing team,” said Pedersen.

“Let’s go for it! Then it’s back to Donington Park the following week for BRDC British F3.”

Double R missed the most recent Euroformula round at Mugello after its usual driver Ayrton Simmons hit budget issues, and the British F3 graduate is unlikely to appear again this season. The team plans to have two cars on track for Spa, and earlier in the year has tested the likes of Red Bull junior Jack Doohan and Matthias Luethen.

Formula Scout understands that there will also be two other additions to the Euroformula grid at Spa with other teams, with Drivex School believed to have filled its second seat after losing Formula 4 graduate Shihab Al Habsi to budget and travel complications after three rounds with the team.

McLaren factory sportscar driver Ben Barnicoat, who joined Carlin as a one-off at Mugello and ended up with a pole and a win, may also return to the series this year.