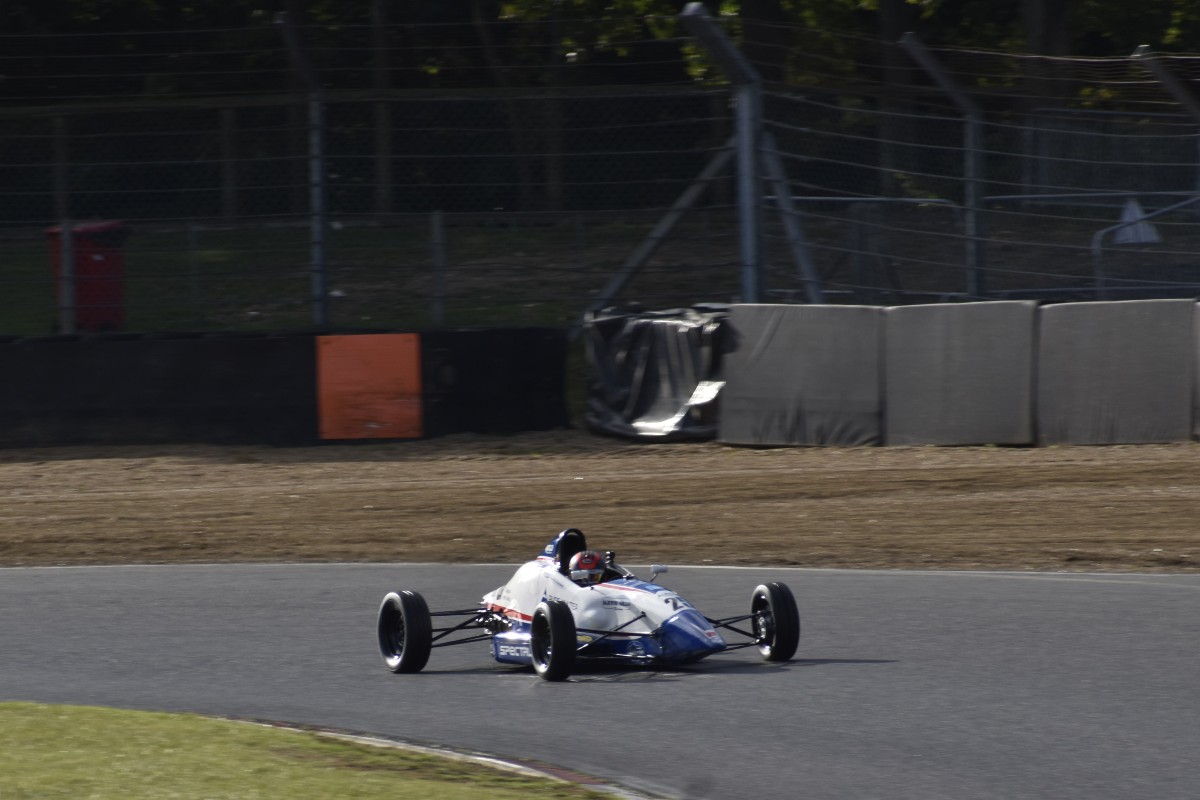 The race began in damp conditions following pre-race rain, with Maclennan wasting no time in progressing off the line.

Approaching the 15-minute race’s halfway stage, Maclennan overtook Sharp’s team-mate Rory Smith for second on the inside into Stowe, then began to hunt down Martin.

With just over two minutes remaining, Maclennan repeated his Stowe move for the lead. Martin wrestled the position back into the next corner, the pair going either side of Paul Tucker as they lapped him.

Into Abbey next time around, Maclennan moved back ahead. Martin had a couple of stabs at trying to pass into Stowe on the final two laps, but Maclennan held on for a double success.

While Smith cruised to a lonely third, the battle for fourth raged throughout.

Don Hardman Racing’s returning Joey Foster rose from 10th to fourth early on, but spun at Stowe after being rear-ended by Sharp, who braked too late while battling Dolan’s Matt Cowley and Morgan Quinn. Luke Cooper was forced to take evasive action, with Cowley emerging from the mele in fourth.

Cowley finished fourth ahead of Sharp, while Foster dropped to 12th and recovered to sixth – taking advantage of a battle between Ollie White, Bryce Aron and Jonathan Browne to gain places.