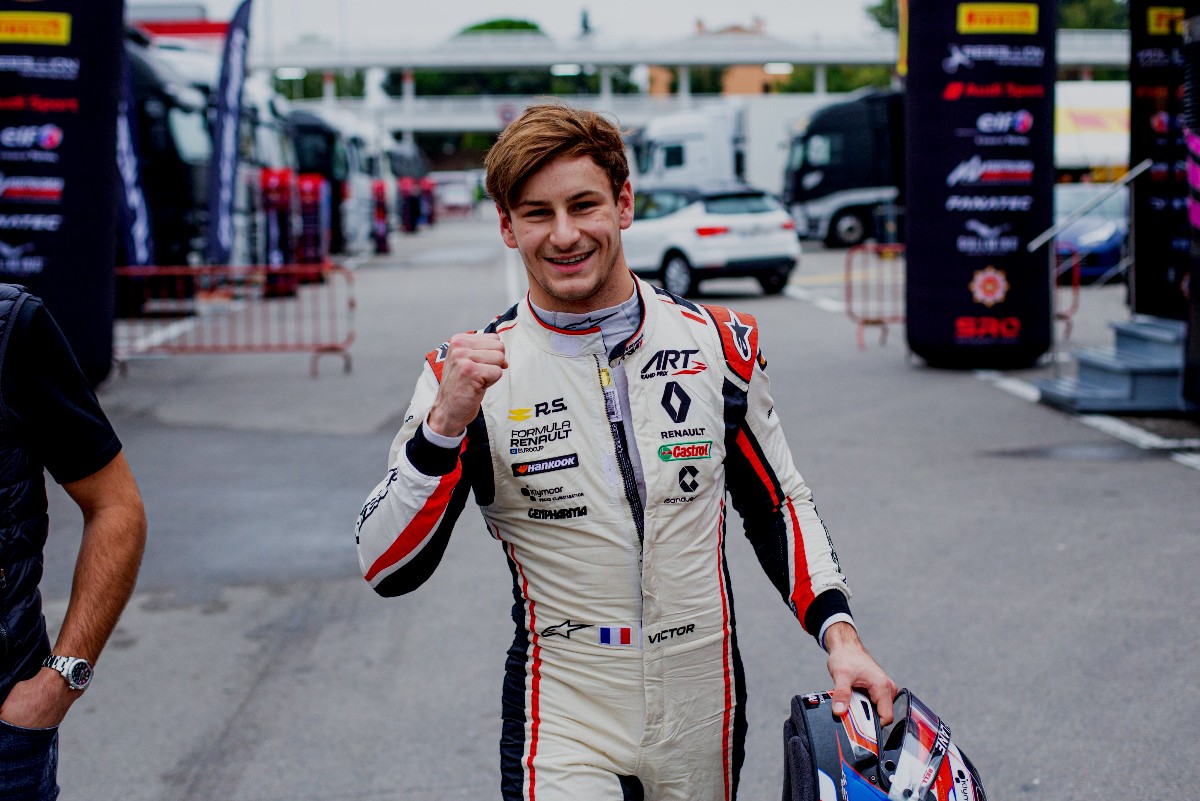 Collet started second on the grid but squandered it immediately and dropped to 10th. Martins led from pole after a good start and immediately opened up a gap to MP Motorsport’s Franco Colapinto.

ART Grand Prix’s Martins was lapping more than a second quicker than Colapinto on a regular basis through the 30-minute race, and his gap was up to 17 seconds with a third of the race to go.

R-ace GP driver Collet picked off the drivers in front one-by-one, and Colapinto was passed when Martins’ lead was beyond 18s.

The pair then lapped at roughly the same speed, with Collet taking fractions out of the lead until Martins responded with fastest lap. They regularly circulated a second quicker than the rest of the opposition, which battled closely in the rain, and Martins’ fifth win of the season came by a margin of 16.917s.

Colapinto held onto third until the final few laps of the race, when he went off at Turn 5. That promoted Arden’s Ugo de Wilde to the final podium spot, some 12.5s behind Collet.

ART’s Gregoire Saucy was a close fourth, ahead of MP’s rookie classification winner Hadrien David. After returning to track amongst the cars ahead and avoiding being hit in the spray, Colapinto salvaged sixth, narrowly ahead of Arden’s Alex Quinn.

Mercedes-Benz Formula 1 junior Paul Aron and MP debutant Kas Haverkort were eighth and ninth, but the duo are under investigation for an incident at Turn 10 in the early stages of the race.

All of the 18 runners finished the race, but Bhaitech rookie Nicola Marinangeli had several spins and offs on his way to last place.