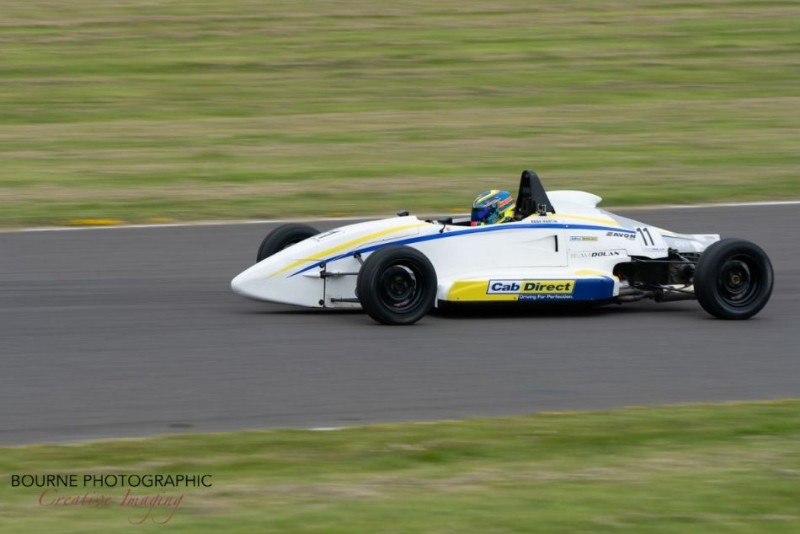 Team Dolan’s Middlehurst and Ross Martin were the outsiders for the five-way title fight being decided on Saturday, but 2013 Formula Renault BARC champion Middlehurst is now out of contention due to clashing work committments.

Martin, the reigning National FF1600 champion, set the pace at the beginning of the 15-minute qualifying session, but he was soon topped by B-M Racing’s Rory Smith – who sits second in the points – as he lapped half a second quicker before improving by a further 0.1 seconds on his next effort.

Provisional pole went back to Martin halfway through qualifying with a 1m10.470s lap that would not be beaten, and Smith’s later improvement put him 0.168s behind.

It was actually Kevin Mills Racing’s championship leader Neil Maclennan who sat in third early on, before Cooper and then Sharp went third fastest. Cooper then put in a couple of quick laps late on to secure third, with Quinn leaping up to fourth and Sharp ending up in fifth.

Jonathan Browne, third in the point, qualified a lowly 15th for LDR and his debuting team-mate Jackson Lee – another of the Team USA scholars – down in 18th on his first sight of a British circuit.