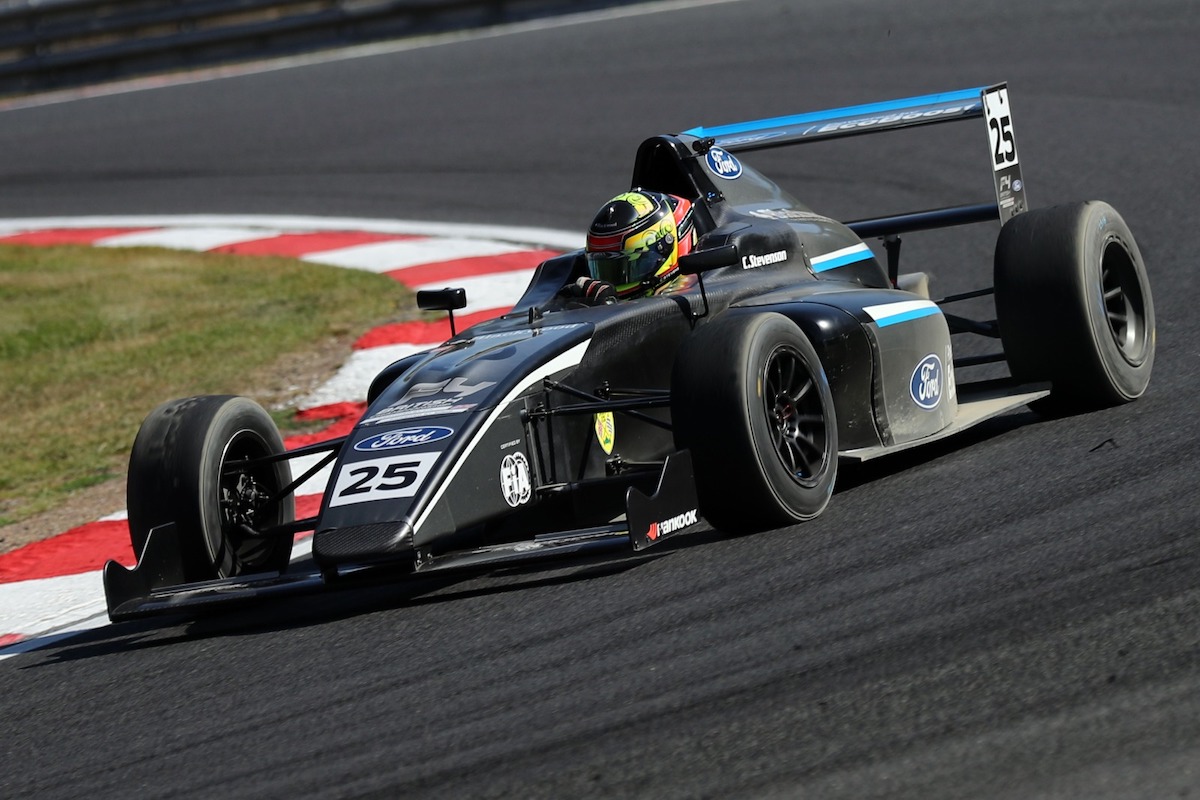 Argenti Motorsport’s Casper Stevenson secured his first British Formula 4 poles at Croft, with the second being taken after setting the same laptime as Luke Browning.

Fortec Motorsports driver Browning set the pace early into the 20-minute session, before Carlin’s Zak O’Sullivan got up to speed and they started trading fastest laps.

It was in the final minutes where Stevenson came into his own. First they matched each other, meaning they both had to go even faster.

Stevenson’s improvment was better than Browning’s, by just 0.040 seconds, but with the grid for race two being set by their second-best times – and Browning not improving on his final lap – it meant the pair were on equal footing.

The race two pole went to Stevenson courtesy of him setting a 1m19.595s lap first.

O’Sullivan was less than a tenth behind in third place, with Arden’s Roman Bilinski completing the second row of the grid alongside him for both races.

JHR Developments’ Abbi Pulling and Arden’s Frederick Lubin fill row three for race one, but a strong second-best lap from Lubin’s team-mate Alex Connor means he will start from eighth for race one but ahead of Pulling in fifth for race two.

Due to a compressed schedule, British F4 is running two rather than three races this weekend and it’s the reversed grid encounter that has been dropped.