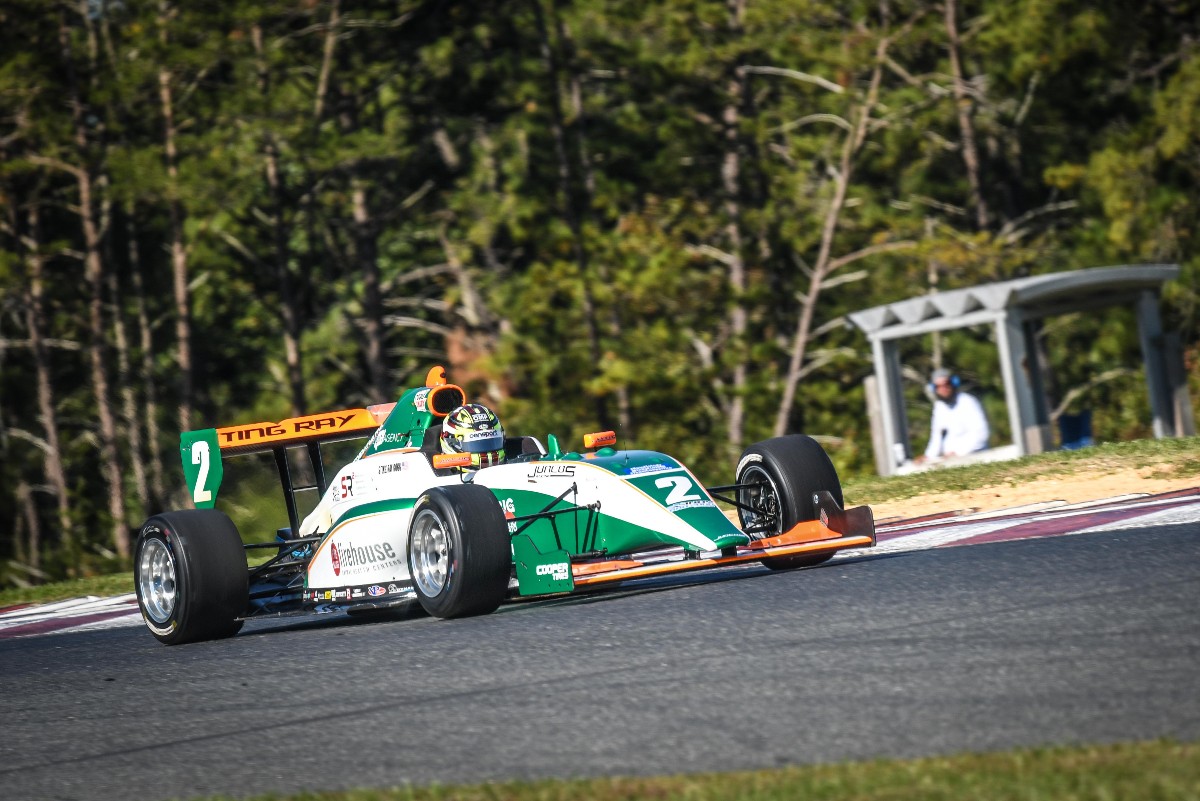 The Juncos Racing driver missed Friday’s second session, meaning he set half the laps of anyone else, but he was straight on the pace in the final session and topped the times by 0.2835 seconds over Andretti Steinbrenner Racing’s Devlin DeFrancesco.

DEForce Racing’s Parker Thompson and Manuel Sulaiman were third and fourth fastest over the day with the laptimes that put them in first place in sessions two and one respectively, with Juncos’s Artem Petrov not far off their pace and the last driver to lap in the 1m12s.

Pabst Racing duo Colin Kaminsky and Hunter McElrea were closely matched in sixth and seventh, and both within a second of IP2000 veteran Robb on a circuit the Road to Indy has not visited in several years.

Kory Enders set the most laps of anyone and was eighth fastest, with Turn 3 Motorsport pair Danial Frost and Antoine Comeau rounding out the top 10.