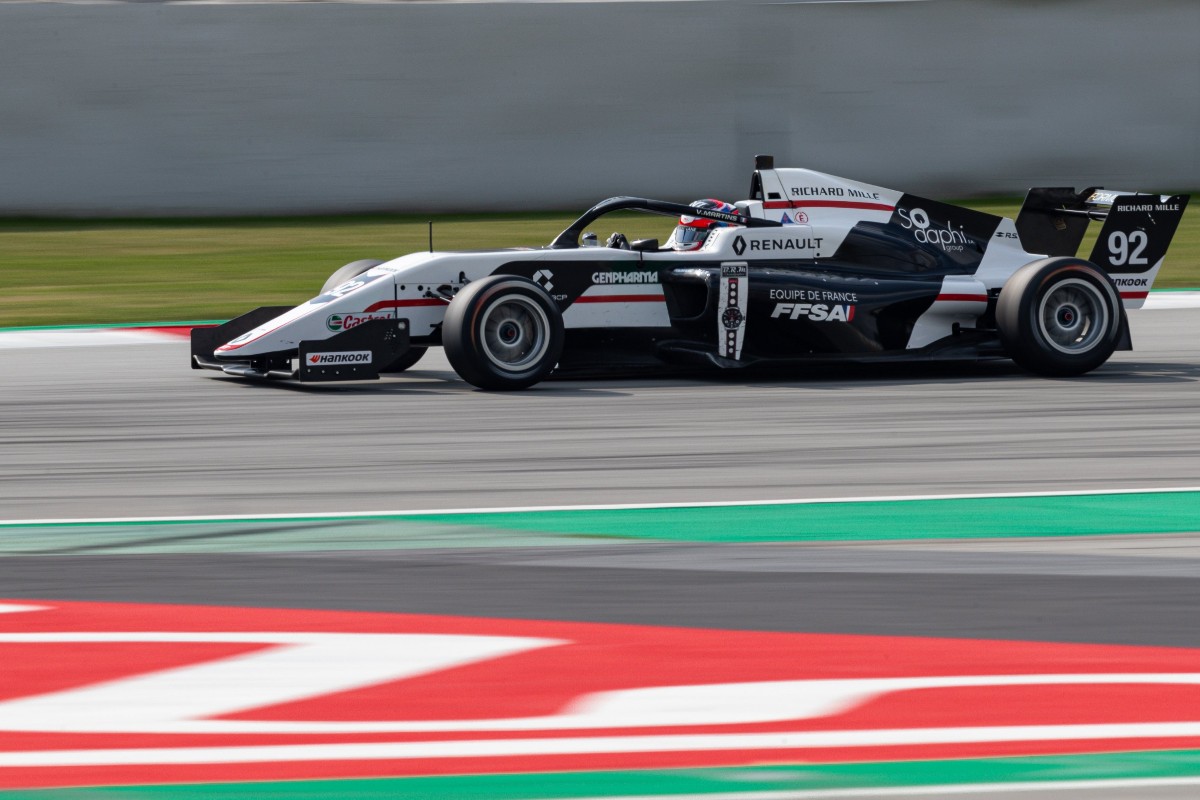 Victor Martins controlled the first Formula Renault Eurocup qualifying session at Barcelona, as title rival Caio Collet got himself onto the front row at the very end.

ART Grand Prix’s Martins stretched his run of poles at the circuit to four in a row, and had an advantage of over a third of a second for much of the session.

His team-mate Gregoire Saucy was his closest rival going into the final few minutes of qualifying, but many of the drivers left it late to set their best laps.

With three seconds to go it was MP Motorsport’s Franco Colapinto who jumped up to second place, while his debuting team-mate Kas Havekort set a lap good enough for seventh.

There were more improvements after the chequered flag had been waved, with R-ace GP’s Collet snatching second place with a lap 0.219 seconds off Martins’ early benchmark.

Arden’s Alex Quinn also moved up to fifth, meaning Spanish Formula 4 leader Haverkort was shuffled down to eighth behind FA Racing’s Amaury Cordeel and Arden’s Ugo de Wilde – who had spent much of his time near the top of the timesheet.

JD Motorsport’s title contenders William Alatalo and David Vidales were within a second of the pace but down in 12th and 13th, and Bhaitech’s series veteran Lorenzo Colombo could manage no better than 16th.