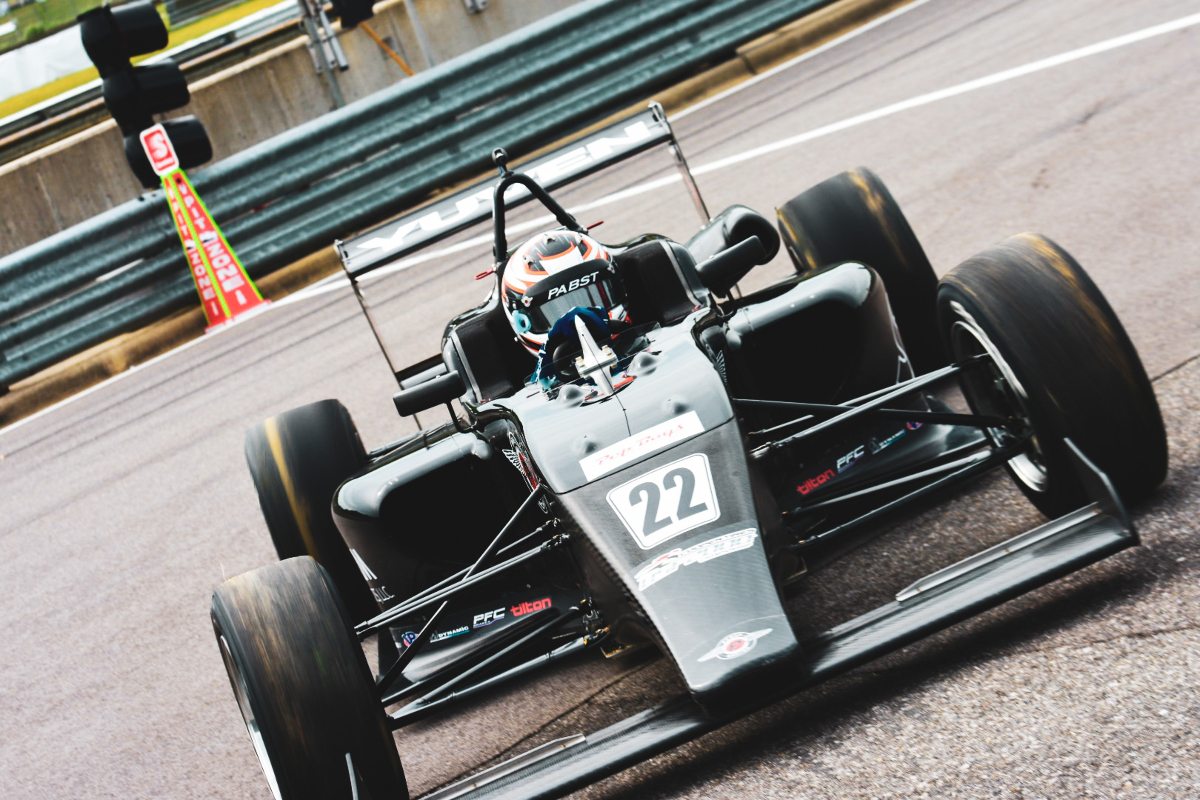 Pabst Racing’s Yuven Sundaramoorthy ended a long wait for a first USF2000 pole in the first qualifying session of the season at Barber Motorsports Park, although it wasn’t without drama.

The 18-year-old has been racing in the series since 2018, and steadily improving with each season.

It was DEForce Racing’s Prescott Campbell who set the first pace in the first half of the qualifying session, with Sundaramoorthy outside of the top 10.

He found the grippier lines of the circuit later on though, rising to third behind Campbell and his team-mate Nolan Siegel and then going fastest of all with five minutes to go.

Sundaramoorthy then improved on that lap, while Campbell couldn’t get any faster, and was looking for even more pace when he span just as Legacy Autosport’s Simon Sikes was doing the same. That led to the session being red flagged and brought to a premature end, and both drivers had their fastest laps removed.

It had no impact on the result at the top though, with Sundaramoorthy’s second-best lap still good enough for pole by just 0.0140 seconds over Campbell. His Pabst team-mate Josh Pierson made it up to third and was a similarly close 0.0246s back.

Cape Motorsports Michael d’Orlando, the top returnee from 2020, rose to fourth place at the end and was also within a tenth of pole.

Several drivers were set to improve when the red flags were waved, leaving the likes of Exclusive Autosport’s Christian Brooks down in seventh and DEForce’s Kiko Porto in 11th.

The African American-led Force Indy team qualified ninth for its USF2000 debut with Myles Rowe, while other new team Joe Dooling Autosports hit trouble and its driver Trey Burke only got on track for four laps.