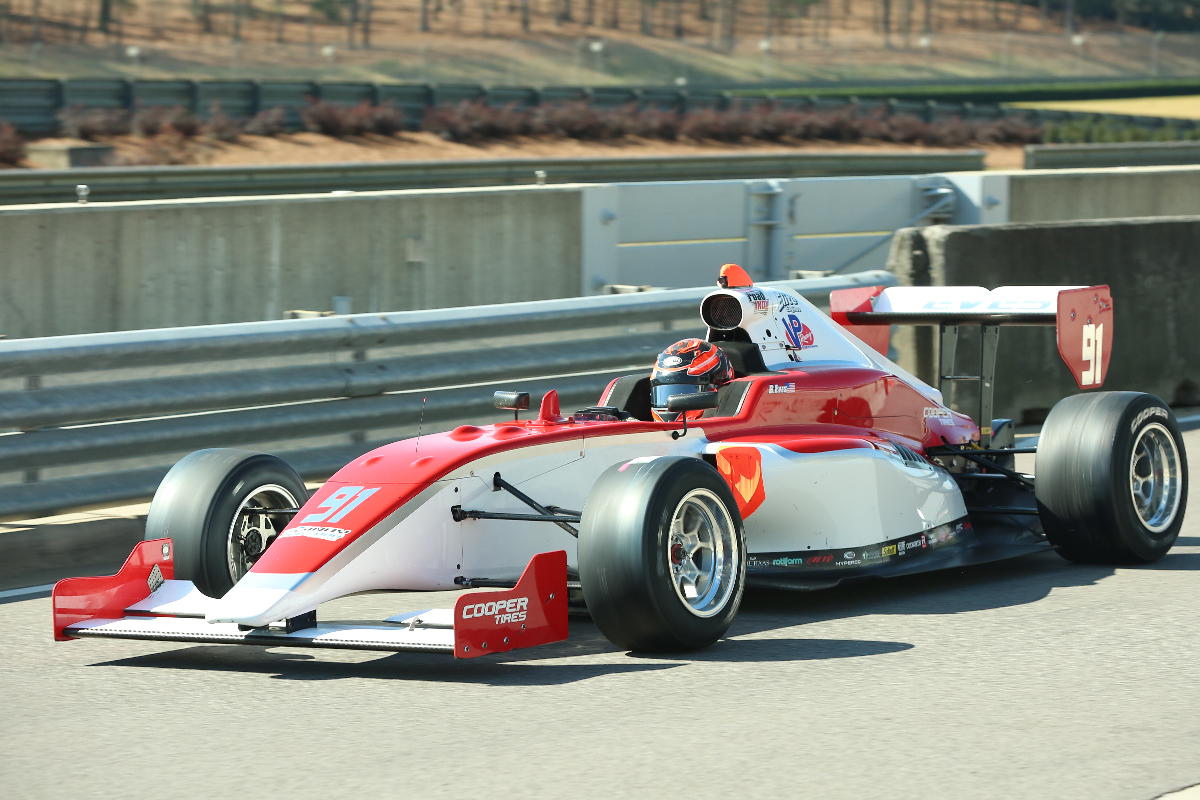 Eves returns to the series after breaking his neck in a crash while racing at Indianapolis Motor Speedway in the middle of last year. It is his third pole in the championship, having taken two at Mid-Ohio in 2020 before his injury.

He left it until the final moments of the 20-minute qualifying session at Barber to go the top of the timesheet, setting a 1m16.1542s that overhauled team-mate Artem Petrov by less than a tenth of a second.

Petrov spent much of the session towards the top of the times in his first race weekend with Exclusive, before being pipped by his team-mate in the final moments.

Juncos Racing’s Manuel Sulaiman was at the top early on but slipped back to fifth, ahead of the sole DEForce Racing entry driven by Cameron Shields.

JHDD’s reigning USF2000 champion Christian Rasmussen will start seventh on his his debut, having gone off the circuit on his second run immediately after briefly going second quickest. He completed just six laps – less than anybody else.

Juncos’s Reece Gold and Kyffin Simpson and Abel Motorsports’ Jacob Abel will round out the top 10.

The three drivers who took part in Friday’s practice session did not seem to benefit from running in it – Jack William Miller was 12th, while RP’s Enaam Ahmed was 14th and Flinn Lazier was last and only completed eight laps.