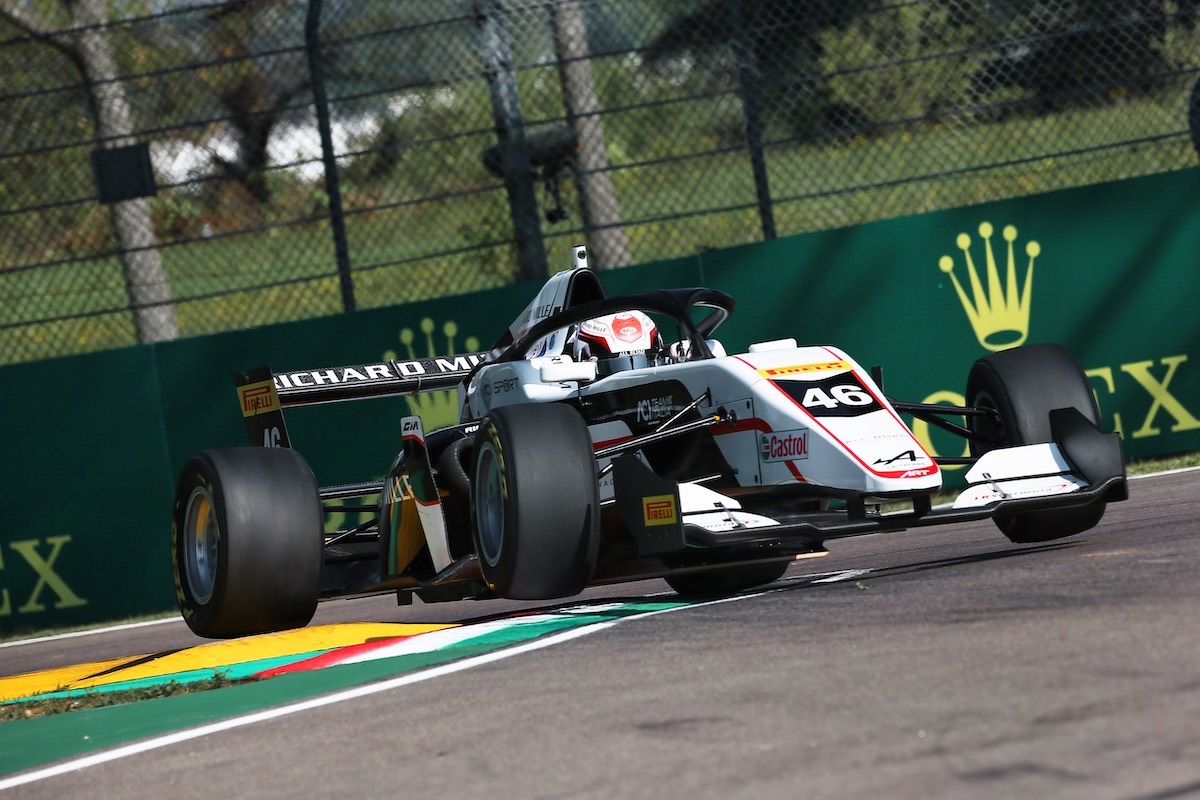 Gabriele Mini topped a shortened second free practice session at Imola ahead of the first round of the Formula Regional European Championship by Alpine season.

The 50-minute session was cut short when red flags were brought out in the final five minutes of the session after Nicola Marinangeli came to a stop.

Despite the short time left in the session, flying laps had still been coming in. Mini had been at the sharp end of the field for most of the session, but it was only in the final minutes before the red flag that he set a 1m38.021s time and displaced Mari Boya.

Boya, who set the pace early in the session, was bumped down to fourth, ahead of David Vidales and William Alatalo.

Paul Aron and Zane Maloney had been at the sharp end of the field through most of the session, running third and fourth with 10 minutes left on the clock. As lap times fell in the closing stages of the session, they fell down the order, ending up seventh and eighth.

Dino Beganovic left it late to set his best lap of the session, jumping up from P20 to ninth late on.

Gabriel Bortoleto was back on the pace in FP2 following his late switch to FA Racing. After finishing the first session some six seconds behind the frontrunners, he spent most of FP2 in the top 10 and ended the session 10th overall.

Franco Colapinto, who will also be racing in the European Le Mans Series in Barcelona this weekend, and the third ART driver Thomas ten Brinke once again missed out on the session.