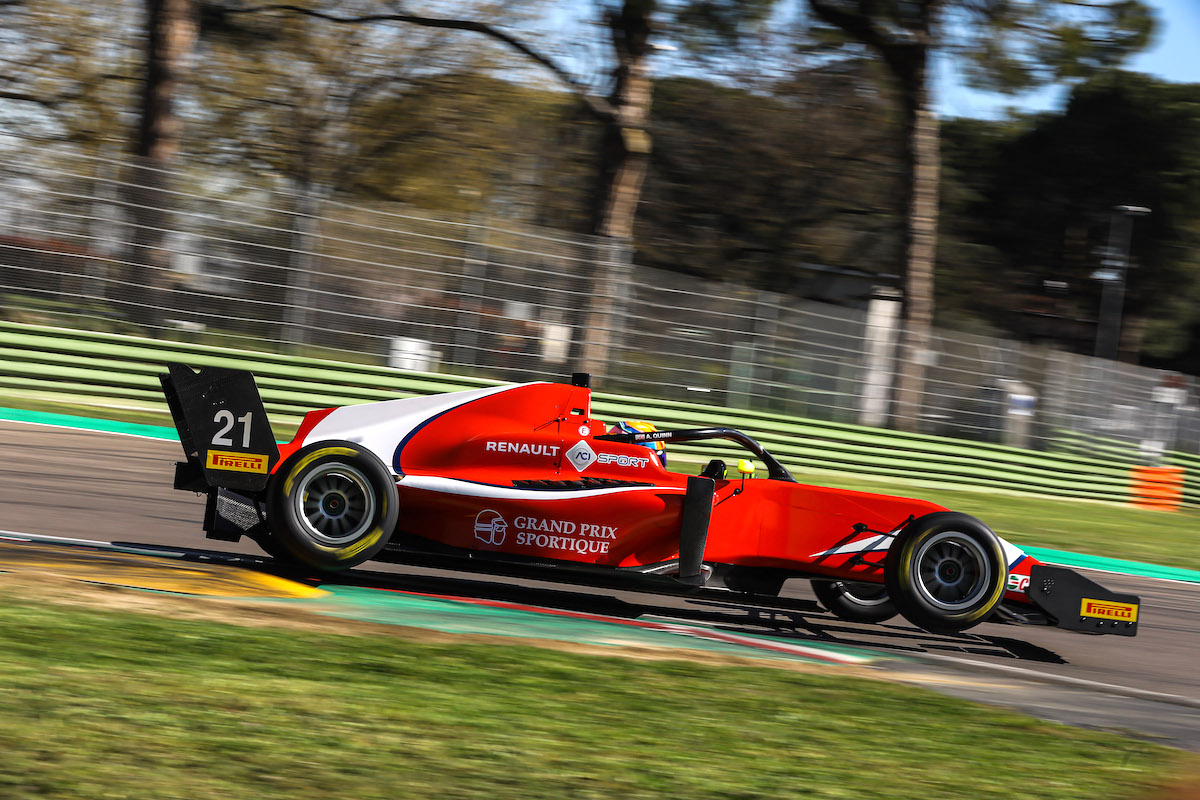 Alex Quinn set the pace for Arden in the opening practice of the Formula Regional European Championship by Alpine season alongside Formula 1 at Imola.

Quinn, moving over to FREC with Arden after winning the rookie title in the final Formula Renault Eurocup season in 2020, went top of the times with a lap of 1m38.740s moving into the final five minutes of the 50-minute session.

He led an Arden one-two ahead of team-mate William Alatalo before Prema driver Paul Aron slotted into second place, 0.042 seconds away from Quinn.

Aron and his team-mates Dino Beganovic and David Vidales had all taken turns in top spot during the session, and Vidales ultimately ended up fourth.

Mari Boya was the leading rookie in fifth in his first time official appearance for Van Amersfoort Racing after starting pre-season testing with FA Racing.

Gabriel Bortoleto recorded just six laps, over 10 seconds off the pace, following his late deal to join FA Racing. Thomas ten Brinke didn’t make it out on track for ART and nor did MP’s Franco Colapinto, who is also racing at Barcelona this weekend in the first round of the European Le Mans Series.