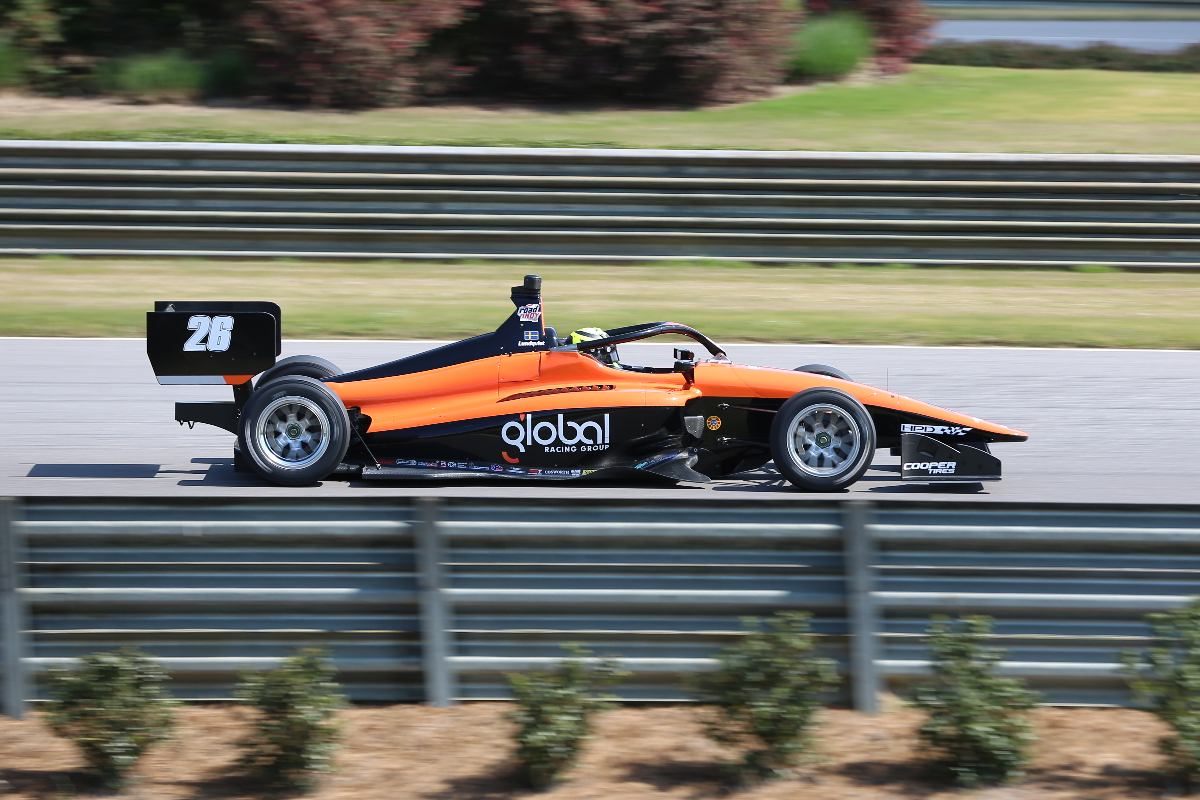 The Thursday free practice session was the first Lights session to be run during an IndyCar weekend since the aborted St. Petersburg round more than a year ago when the severity of the global COVID-19 pandemic became apparent.

Drivers headed out onto the track for the 45-minute session early on at Barber and, unlike in Indy Pro 2000 and USF2000, all of the entered cars took to the circuit.

Several drivers from multiple teams took their turn at the top of the timesheets, and Juncos Racing’s Toby Sowery’s 1m13.0816s lap towards the middle of the scheduled running looked to be the time to beat.

Remarkably, the next three cars were only half a tenth behind at this point. HMD’s David Malukas – who topped last year’s sole St. Petersburg practice session – was 0.0132s off the pace, with Formula Regional Americas champion Lundqvist in third. His GRG with HMD team-mate Benjamin Pedersen was 0.0507s off the pace.

Sowery was setting up for a quicker lap when the session was red flagged as Pedersen’s car came to a stop.

When action resumed, Lundqvist edged Sowery to the top of the timesheet, before going several tenths quicker and dipping into the 1m12s with a 1m12.7378s.

Malukas ended the session second ahead of Sowery and Pedersen – the latter being able to return to the track after his stoppage.

Further back, Devlin DeFrancesco was the quickest Andretti Autosport driver in his car co-entered by George Steinbrenner IV, with former FIA Formula 3 driver Alex Peroni putting Carlin in seventh place on his Lights return in a new association with Jay Howard Driver Development.